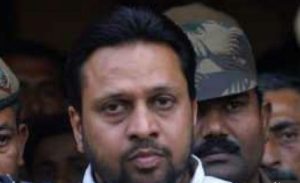 The Delhi High Court on Friday ordered the immediate release of former youth congress leader Sushil Sharma who was convicted for the murder of his wife Naina Sahni in 1995.

According to the reports, Sharma killed Naina and then chopped her body into pieces and attempted to burn it in a restaurant oven.

This led to Naina’s murder being christened ‘tandoor murder’ in the media.

The court had on Wednesday expressed displeasure over Sharma’s stay in jail and asked authorities whether a person could be allowed to be kept in prison indefinitely for the offence of murder, even if he has already served the sentence.

Delhi government had earlier rejected Sharma’s plea for early release, He then approached the Delhi High Court for relief. Sharma had told court he has been in jail for over 20 years and was entitled to early release.