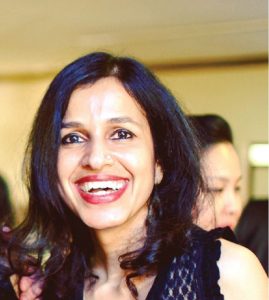 Infinite Variety covers the history of desire across a wide range of subjects — religion, legend, myths, poetry, literary and cinematic works. Tell our readers the inspiration for
the book.

My main argument in Infinite Variety is that desire is multiple. By this, I mean both that desire exists in multiple sites and has multiple manifestations. And like desire itself, this book too visits multiple sites and manifestations. An equally important argument is that desire, rather than being exotic and esoteric, belongs to the everyday. This means that desire is everywhere, all around us, all the time. Hence, what you term the wide range of subjects are the natural stomping grounds of desire. We encounter and learn about desire in literature, cinema and religion. What we think of as “our” desires that belong to each one of us individually, are in fact socially generated desires that we are taught and from among which we pick and choose as we go along.

Desire plays a very important role in society and the nation. How is it that its history is not very well documented?

History is always a hotly contested topic, as we see with different political regimes attempting to rewrite history to suit their own purposes. But desire has the ability to puncture political agendas, which is why it is not conducive to producing a definitive history. For instance, if you want to show that “Indian” sexual norms have always been invested in reproductive heterosexuality, then how do you explain the sculptures of Khajuraho or the love poetry of Khusro? Writing the history of desire is an impossible project because desire always surprises us, it always escapes final classification. It is this element of unfixity that makes desire unappealing as an official subject of investigation
because it undermines rather than bolsters official records.

There is a chapter in the book that talks about yoga not being entirely Hindu, but having Muslim influence as well. Tell our readers about this briefly.

Yoga is an excellent example of what I just described as history being rewritten to suit certain political agendas. The repackaging of yoga as India’s great contribution to the world is simultaneously a repackaging of yoga as a “Hindu” artefact. But the histories associated with yoga tell a startlingly different story. Patanjali’s 4th century Yoga Sutra mentions asanas — the embodied form of yoga most popularly practised today — only in 1 of 196 sutras. For the form of yoga that we practice today around the world, we have to go to the Bahr-al-hayat, the 16th century Persian text written by the Sufi Shaykh Muhammad Ghawth Gwaliyari. It is thought that this text was born out of actual conversations between the Sufi saint and practitioners of yoga who had developed the poses over the centuries. This book was beautifully illustrated with the aid of a special commission from Prince Salim, who was later to become the Emperor Jahangir. What we understand as yoga today is thus a perfect example of the syncretic development of ideas and desires in the Indian subcontinent.

The Ayyappan temple in Kerala is a celebrated pilgrim site. What is its significance in a book about the history of desire?

Religion and religious practices play a significant role in what we understand as desire. Most religions set up an antithetical relation between religious tenets and desire; both Judaism and Christianity are examples of this adversarial relationship. India is fairly unique in that most of its religions, perhaps barring Buddhism and Jainism, encourage a productive relation to desire. And Ayyappan is no exception to this general rule. What makes Ayyappan’s shrine even more interesting is that access to it is barred to women between the ages of 12 and 50. This has, quite rightly, invited comments of sexism against the keepers of the shrine. But it also allows us to think about the erotic arrangement of an all-male company of worshippers who are specifically asked to abstain from having sex with women for 40 days before undertaking the pilgrimage to the shrine. For me, these are the crevices in which nestle the most interesting nuggets of a history of desire in India.

The book covers a timeframe extending from the ancient sculptures of Khajuraho to displays of sexuality in modern-day “bhabhis”. Tell our readers about what has changed in the landscape of sexuality through the centuries, and what remains constant?

Desire changes and moves all the time — it always overflows the bounds, and that is the only principle it follows. This is why writing the definitive history of desire is an impossibility. But if we take seriously this principle of excess, then it becomes possible to think of phenomena separated by several centuries in the course of the same book. The sculptures of Khajuraho are excessive inasmuch as they do not conduce to sexual identities or even to reproductive sex. Bhabhis are excessive since they are fantasised in scenarios that do not conduce to what their roles are socially expected to be. And to be realistic, the phenomenon of bhabhis as vectors of desire is hardly a modern one but dates back at least to the Mahabharata and the principle of niyoga, or delegation, in which one man is “allowed” to have sex with his brother’s wife in order to beget children. Tracing these multiple trajectories of desire makes, quite literally, for the strangest bedfellows!

Section 377 is pending before the Constitution bench of the Supreme Court. Do you see the Court over-ruling its previous decision in the near future?

I certainly hope so. The Supreme Court’s 2013 order overruling the 2009 Delhi High Court judgement that decriminalised homosexuality was a sad document for many of us — not least because the judgement seemed to be based on several false dichotomies about what is and is not “Indian.” The judges seemed to be acting on the assumption that same-sex desire is a foreign import and as such, should not even be considered by Indian courts. This is why they also refused to take on board international best practices in terms of jurisprudence on subjects of sexuality. But what they seemed to forget is that Section 377 was a British imposition on an Indian culture that did not criminalise same-sex desire. Indeed, I like to joke that every single sculpture in the temples of Khajuraho represents a sex act that is now illegal in India.

The third gender has been a part of Indian culture in various ways —spiritual, pedagogical and musical. Yet, the British criminalised their existence by the Criminal Tribes Act, 1871. How do you reflect on their changing fortune in light of the Supreme Court’s NALSA judgment and the current bill pending in the Parliament? How would you explain the duality in our relationship with hijras — on the one hand, we revere them and on the other hand, we criminalise them?

Our attitude to hijras is very similar to our attitude toward homosexuality. The British criminalised hijras for doing things like singing and dancing in public that they had done for several centuries; despite our so-called independence from the British, we have taken on that stigmatisation and made it our own. This adoption and spreading of stigma means that we lose touch with the high regard in which hijras have historically been held in the Indian subcontinent. Even the very term hijra — deriving as it does from the term for the Prophet’s flight from Mecca to Medina in 622 AD — suggests that hijras are a noble people fleeing
from unjust persecution. In their case, the persecution is the straitjacket of gender. They have historically been worshipped for rejecting that straitjacket. But in our current scenario, where we are trying to outdo Victorian England in sexual morality, we see something sinister about the refusal to conform to the rules of one gender alone. 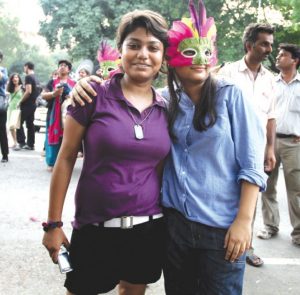 Paan is an everyday substance but it also provides extraordinary pleasure. It is ubiquitous on the Indian landscape, and we often take it for granted, not giving it a second thought. But this is precisely the treasure trove that I have mined for Infinite Variety — everyday objects
that we do not associate with desire but that are nonetheless deeply associated with it. There are several examples of this quotidian extraordinariness. One of the other instances in the book is that of hair. We think of hair as deeply “normal” and “natural,” yet how long or short it is, whether we leave it loose or tie it up, what colour it is are all closely linked with questions of desire.

A very interesting chapter in the book is about grandparents’ desires. As a society, have we silenced their desires and portrayed them in a stereotypical way of either caregivers for the family or leading spiritual lives? Why is there a culture of silence around grandparents’ desires, travel and companionship needs?

The silencing of the desires of older people seems to point to our collapsing sex into reproduction. And when we make that collapse, we assume that only people who are of child-bearing age should have sex. Ergo, older people who can no longer reproduce should not have sex or sexual desires. This is an extremely shortsighted view on our part because it drives older people to feel shame about their desires, to suppress them, and never to act on them. And all for what? Because we are becoming increasingly prescriptive about who should feel what kind of desire and when. Such a narrowing of our sexual horizons does not bode well for us as a culture.

What are the future research projects that can be explored in the history of desire in India? Will you contemplate a second edition of this book?

In my Introduction to the book, I have listed several other locations that can and should be mined for their histories of desire — medicines, halwa, widows, call centres, sarees, to name only a few. I also think we should produce a sustained study about the intersections of caste and desire in India over the centuries. As for a second edition of this book, I’d be happy to! Since change is the principle of desire, what better project could there be than to follow desire down the different bylanes in which it moves?