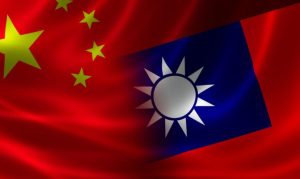 Taiwanese government on Tuesday said that it will not be intimidated by China’s “uncivilized “wolf warriors” and will continue to celebrate its national day around the world.

The development comes after Taiwan said Chinese diplomats had tried to charge into a diplomatic event in Fiji.

Taiwan says the Chinese diplomats tried to take pictures of a Taiwan national day event at a hotel to see who was there and that in the altercation that followed people from both sides were injured.

Ministry of Foreign Affairs, Taiwan in a tweet said, “We strongly condemn the violence against our diplomat in #Fiji by #China’s uncivilized “wolf warriors.” As a sovereign state, we’ll continue celebrating #TaiwanNationalDay everywhere, every year. #Taiwan is a force for good in the world & we won’t be intimidated.”

Taiwan Foreign Ministry spokesperson Joanne Ou said, “China can spread as many lies as it likes but Taiwan shouldn’t pay too much attention. China’s officials posted overseas are acting like hooligans; beating people is not acceptable. We strongly condemn this.”