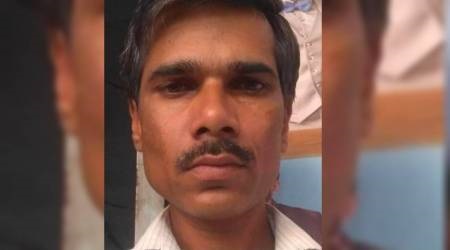 The barbaric daylight murder of a Hindu tailor in Rajasthan’s Udaipur town by two men on June 28 has sent shock waves all across, reports Sunny Sharma

The tailor was murdered and videos were posted online by the assailants who said they were avenging an insult to Islam after the victim had allegedly made social media posts in support of suspended BJP spokesperson Nupur Sharma. The post mortem of Kanhaiya Lal revealed that he died due to excessive loss of blood. He was attacked 26 times with a sharp weapon, and stabbed eight to 10 times in the neck.

The gruesome murder triggered outrage and stray incidents of violence in the state, where prohibitory orders have been clamped for a month. Curfew has been imposed in seven police station areas of Udaipur city. The two accused have been arrested. The state government constituted a Special Investigation Team (SIT) to probe the matter. In the meanwhile, investigation into the savage Udaipur murder has revealed links of the two self-radicalized murderers with Karachi-based Sunni Islamist organization Dawat-e-Islami, which has links with Barelvi pan-Islamic Tehreek-e-Labbaik extremist organization in Pakistan, according to people familiar with the investigation.

The men videographed their attack and were later seen gloating with their weapons, issuing threats to even Prime Minister (PM) Narendra Modi. The gruesome murder has flared up tensions in the town, prompting the government to suspend internet services and deploy a large posse of police forces.

The Ministry of Home Affairs has directed the National Investigation Agency to take over the investigation of the brutal murder of Kanhaiya Lal Teli committed at Udaipur. The ministry has said that the involvement of any organisation and international links will be thoroughly investigated. Now NIA has taken over the probe and filed an FIR under stringent anti-terror law.

The horrific beheading of the Udaipur- based tailor Kanhaiya has evoked strong reactions nationwide. Maulana Mahmood Madini, head of Jamiat Ulema-i-Hind took to Twitter saying,” Udaipur incident is a disgrace to humanity; It is disgrace to humanity & an act of defaming Islam. No matter whosoever is a killer, no one has the authority to take the law and order into his own hands.” Another religious body Jamaat-e-Islami Hind also took to Twitter to condemn the brutal events of Udaipur. They said, “the Udaipur incident is barbaric, Uncivilized and there is no room for Justification of violence in Islam…Peace should not be disturbed. Nobody should try to take advantage of this ugly crime…”.

The All India Muslim Personal Law Board (AIMPLB) too condemned the cold-blooded murder saying that “taking law into your own hands is highly condemnable, regrettable and un-Islamic”. In a media statement, Hazrat Maulana Khalid Saifullah Rahmani, General Secretary of AIMPLB said, “It is a grave crime to defame and slander any religious personality. The derogatory words spoken by (former) BJP spokesperson, Nupur Sharma against Prophet Muhammad are very painful for the Muslim community. The inaction of the government against this crime is nothing but rubbing salts on our wounds. But in spite of this, nobody can be allowed to take the law into their hands and declaring someone a criminal and then murdering them is a highly condemnable act.” He further stated, “Neither the law nor the Islamic Sharia allow it.”