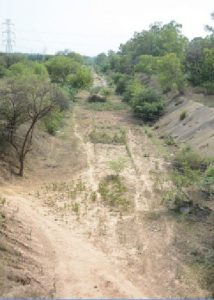 Even as the maiden round of talks between Union minister and the chief ministers of Punjab and Haryana on Sutlej-Yamuna Link (SYL) canal has fallen through, Punjab has warned the Centre that Punjab would burn if they go ahead with the plan of sharing is Sutlej river water with Haryana.

The Union water resources minister Gajendra Singh Shekhawat had convened the meeting with Punjab chief minister Capt Amarinder Singh and latter’s Haryana counterpart Manohar Lal Khattar to find a solution for the implementation of orders of the Supreme Court to complete the Sutlej-Yamuna Link (SYL) canal. While Punjab has Congress government, Haryana has coalition government led by BJP.

The apex court had directed the two CMs on July 28, 2020 to meet to find out the solution if any, else there is a ruling which has to be executed.

The Union minister was of the view that the SYL could also be completed and kept ready while discussions on water sharing could continue and the final formula could be decided later. While Shekhawat and Khattar were at Delhi, Capt Amarinder Singh joined the meeting through video conference from his residence in Chandigarh.

Capt Amarinder Singh urged centre to be cautious on ‘emotive’ SYL issue as it has potential to disturb nation’s security, also reiterated the need for a Tribunal to make a fresh time-bound assessment of the water availability. He also sought complete share of water for his state from the total resource available, including from river Yamuna which originates from eastern states before passing through Haryana.

Capt Amarinder pointed out that the water sharing proposed by Eradi Commission was 40 years old, while international norms require a review every 25 years to ascertain the status.

“You have to look at the issue from the national security perspective. If you decide to go ahead with SYL, Punjab will burn and it will become a national problem, with Haryana and Rajasthan also suffering the impact,” Captain Amarinder told the Centre.

The Punjab chief minister further held that Punjab remained at risk from all ends and pointed out Pakistan’s continued attempts to foment trouble and to try and revive the separatist movement through the banned Sikhs for Justice (SFJ) organisation. The water issue could further destabilise the state, he warned.

Capt Amarinder further maintained that Punjab had a right to Yamuna water, in which it did not get a share at the time of 60:40 division of assets with Haryana during the state’s division in 1966. He also suggested that Rajasthan be involved in discussions on the SYL canal/Ravi-Beas waters issue as it was also a stakeholder.

Noting that there had, in fact, been no adjudication or scientific assessment of available Punjab river waters till date, Capt Amarinder said that Bhakra-Beas Management Board (BBMB) had reported that availability of Ravi-Beas water had come down from the estimated 17.17 million acre feet (MAF) in 1981 to 13.38 MAF in 2013. Despite being a non-basin state and having a smaller population as well as lesser cultivated land area, Haryana’s total availability of river water stood at 12.48 MAF as against Punjab’s 12.42 MAF, which is a deficit state and could not therefore be asked to transfer water to Haryana.

Captain Amarinder said he had taken a concerted decision to terminate all water agreements back in 2004 to save Punjab from burning, amid reports that violence could erupt in the state in protest. The situation had aggravated since, he said, adding that 109 of the state’s 128 blocks had been declared `dark zones’. Pointing to the melting glaciers, he urged the central government to take the climate change effects into account. The situation was likely to worsen with China constructing dams in their territory, warned Captain Amarinder, adding that this would lead to water shortage even in Satluj river. The chief minister recalled that he had suggested construction of water storage dams in Himachal Pradesh for collecting water so that the flow of water into Pakistan could be checked.

Haryana reiterated its demand that Punjab build the remaining portion of the canal which will facilitate irrigation in the state’s southern districts. Armed with two Supreme Court orders Haryana seeks the share allocated to it by the central government in the 1970s.

Khattar maintains that completion of the SYL canal by Punjab and availability of water were entirely different issues. “We are open for dialogue and discussion on the subject but with a clear stipulation and condition that construction of SYL must be completed as per decree of the Supreme Court at the earliest,” he added.

Haryana has stuck to its stance that its share of 3.5 million acre feet (MAF) in the Ravi and Beas waters and the completion of the canal are absolutely non-negotiable. At present, Haryana gets 1.62 MAF of Ravi and Beas waters. Punjab on the other hand is furthering an argument that the volume of water available in its rivers has drastically reduced over the years.

The water availability issue is relevant once the capacity to carry the water is in place, Haryana government officials say.

Quoting an example, the officials say that during the monsoon when there are no restrictions on water indent, the surplus Ravi and Beas waters can be used for Haryana’s parched southern districts to supplement the receding groundwater table. Otherwise, this surplus water flows into Pakistan, they said.

The wedge pertaining to the SYL issues runs deep between both the national political parties — Congress and BJP. The Congress-led UPA government which was in power at the Centre and in Haryana and Punjab in the past have failed to resolve the issue like the NDA-led BJP government which was at the Centre as well as in Haryana and Punjab (BJP was an ally of ruling Shiromani Akali Dal).

The stand of leaders of both these parties on the need of SYL canal has been, curiously enough, opposite when and in or out of power in the two states. The political leaders’ justification for the same is also curiously simplistic — states have different issues and their leaders’ priority is to address them, notwithstanding their vision at the national level.

Nov 1, 1966: Haryana carved out of Punjab; leaders disagree on how to share water from Ravi-Beas river system

1990: Canal work stalled after militants kill 35 labourers and two engineers; work handed over to Border Roads Organisation, though with no progress since

February 22, 2017: SC makes it clear that its verdict allowing construction of the SYL canal has to be executed

July 9, 2019: SC directs Punjab and Haryana to form a committee and resolve the matter or it will do. Gives deadline of September 2

July 28, 2020: SC asks chief ministers of Punjab and Haryana to hold a meeting to find out the solution if any, else there is a ruling which has to be executed.