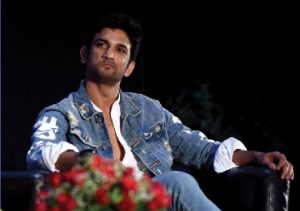 Sushant Singh Rajput’s tragic end hits hard. It is compounded by the gloom and anarchy and uncertainty spreading out all around. And whilst I sat introspecting on the sheer helplessness that 34 year old Sushant must be going through before taking that drastic step, I was all too suddenly reminded of the way Guru Dutt died at 39; taking his own life amidst deep sorrow and much agony and helplessness.

I recall years back viewing this documentary made by Nasreen Munni Kabir. Titled ‘In Search Of Guru Dutt’, it focused on the life and times of Guru Dutt. 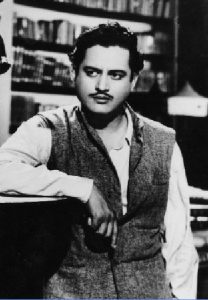 Though several film personalities interviewed in that documentary film –Waheeda Rahman, Johnny Walker, Raj Khosla, Murthy (Guru Dutt’s chief cameraman), Abrar Alvi (Guru Dutt’s favorite script writer), but sadly none of them focused on the exact cause of that severe depression that lead to his ultimate end. Waheeda Rahman spoke in a guarded way; she didn’t touch on the personal, but spoke only from the angle that he was a director of a this or that film and those connected films-related aspects.

Also, Abrar Alvi did say that, that evening (before his suicide) he was with him and found him to be in a depressed state…words along the strain, “I had reached his home around 6 pm to discuss the final scene of Baharen Phir Bhi Aayengi – but found that he had been drinking from early evening. Then, he was talking morbid way. And the whole time I spent in trying to get him out of those talks, of those morbid thoughts … I had left his home only around 1a.m.,when I was sure that he had come out of that depression and was okay .But then, next morning heard he was no more.”

Guru Dutt’s sister, Lalitha Lajmi, threw some light on his personality…As the camera focused on her, she’d said that her brother Guru Dutt seemed to be possessed with one of those personalities that could be best described as “disturbed …on earlier occasions too he had tried to commit suicide…once he was in coma for three days …” And though he’d died several years back but whilst Lalitha Lajmi was narrating all this, her face looked so grief stricken as though he’d passed away only a day back!… And as the camera focused on Guru Dutt’s mother, sitting on what seemed a wooden bed or takht, she spoke in a matter -of -fact tone, describing Guru Dutt’s childhood personality traits in these words -“ he was very stubborn/ziddi …and did whatever obsessed him. And at times he would ask such questions that I thought I would go crazy answering them.”

But unfortunately, none of them could throw light on the immediate reason for that drastic step that Guru Dutt took. Killing himself …taking his own life at 39. If alive, he would be turning 95 on July 9.

The dead don’t leave back any answers …only a series of trails…that got to be followed so that the painful truth gets out, and speculations and theories and rumors end.

Maybe or maybe not, we get to know those details to the ‘whys’ Sushant killed himself. Was he finding himself to be a misfit on the Bollywood circuit? Was he left disillusioned and disappointed with the ways of the filmi world and also the world where each one of us are surviving in, amidst challenges and pains and sorrows of all hues!

AND IN THE BACKDROP OF SUSHANT SINGH RAJPUT’s SUICIDE, FOCUS ON DARKER REALITIES TO BOLLYWOOD …Nudging me to focus on what two gentlemen — Farooque Sheikh and Parvez Dewan — had told me.

One of them, actor Farooque Sheikh, was definitely part of the Bollywood. The second, Parvez Dewan, civil servant-turned-writer- commentator …

I had met and interviewed actor Farooque Sheikh at least twice. Once in the 90s. Then around 2005. Both times Farooque Sheikh was at his out-spoken best. He didn’t mince words, nor dilute his views, describing and detailing the hard ground realities of Bollywood.

Farooque Sheikh lamented that there were no film producers like K Asif, Guru Dutt, Bimal Roy, Mehboob sahib. “Mehboob sahib had no money yet his passion drove him to make films. And the fact that Bimal Roy lived in a rented accommodation all his life. Or the fact that it took MS Sathyu full 20 years to repay the debt he took to make Garam Hawa.”

He’d stressed that level of commitment was missing. “Today’s film producer simply goes by the fact whether the film will be a box office hit. There are too many vested business interests involved. Today’s successful film-makers in Bollywood have big budgets but no sensitivity … cinema has become totally commercial, a commodity to be somehow sold.”

Farooque Sheikh also focused on those typical perceptions that the Indian cinema continued to portray, “Community perceptions in our films have always centred around stereotypes: the Christian character is a girl dancing or wearing short skirts with indications that she’s a fast girl, the Parsee is shown as blundering. The Sikh is either a soldier or eating parathas; none of the screen portrayals show him like Manmohan Singh. In the case of Muslims, the characters are hardly believable. Why do they portray the Muslim man as always wearing a lungi and a vest! Or as a ghaddar! As a token, one of them will be very patriotic so that the entire community is not misunderstood. The other stereotypes — with 300 adaabs in one film and women wearing ghararas or cooking kormas — are also absent in an average Muslim household.”

Towards the end of that interview I’d asked him to mention any one film — maker of the present times who still holds out some hope…And he’d rather too spontaneously mentioned Anand Patwardhan. “Yes, Anand Patwardhan has fought the system And fighting the system is not an easy task.”

In fact, so intrigued was Parvez Dewan, by particular projections that he had been viewing on the big and small screens that over 20 years back, he began collecting data vis-a-vis the media’s portrayal of the various caste and religious groups of the country. His research study was based on 786 Hindi films, 300 television episodes and another 300 commercials.

Dewan’s findings showed: In a great majority of Hindi films, the Christian men are unattractive and invariably clutching a bottle of alcohol. They are also portrayed as petty criminals as against the gang leaders who are almost always Hindi-speaking Aryan caste Hindus. That presumably signifies power. A Christian man will rarely marry a caste Hindu woman and when he does, the marriage will end in a disaster. On the other hand, Christian women are projected as fair skinned and generally with loose morals — the smoking, drinking types.

His findings further showed that Muslim men are shown in typically ‘Muslim’ attires. They are either old, handicapped, subordinate, sterile, impotent or homosexual. If they are not any of these, then they are producing too many children. Less than 20 per cent of the Muslim men are portrayed as young but even in this category they are depicted not only as backward but as fundamentalists “mazhab ke pakke” types, so much so that many of the opening shots started with a Muslim offering namaaz… Also, in all romantic affairs between a Muslim/SC/ST/Christian girl and a caste Hindu boy, it is she who is chasing the boy and not the other way round.

On the other hand, some Muslim film producers/directors have portrayed prostitutes and ‘fast’ women as chaste Hindu women in the films directed and produced by them. Some of the Muslim producers/directors like Nadiadwala, Mehboob and K A Abbas have also portrayed upper caste Hindus as oppressing the lower castes. Parsis are invariably shown and portrayed as silly and old. The Chinese settled in India are usually evil and shown as gangsters.

Dewan’s findings also focused on the biased projection that wasn’t limited to religious minority groups, but included the non-Hindi belt. By and large except for the Hindi-speaking Aryan caste Hindu, nobody seemed to have been spared. And even in this category, the Kayasthas and Kshatriyas seem the safest. On the other hand, the depiction of Tamilians in the media was perhaps the worst, for they were not only referred to as ‘idli dosa type” but lately they been to be shown as dons. And Dewan argued that this is /was factually incorrect, as his survey established that the great majority of dons and bootleggers were not Tamilian Hindus nor Tamilian Christians and Muslims.

His findings also brought into focus that Sindhis and Marwaris were again projected along stereotypical lines. Scheduled Tribe women depicted as desperate to get the caste Hindu hero. But whilst the ST women are portrayed as clean and forever bathing near river banks, the men were shown as unattractive and dark. Hyderabadis were invariably portrayed as clowns and made the butt of many a joke. Maharashtrians were shown either as domestics or police inspectors.