The Supreme Court (SC) on Wednesday agreed to hear the public interest litigation seeking a stay on Rafale fighter jet deal between India and France.

SC will hear the plea next week.

A bench comprising Chief Justice Dipak Misra and Justices D Y Chandrachud and A M Khanwilkar considered the submission of advocate M L Sharma that his plea be listed for urgent hearing. In his PIL, ML Sharma had alleged discrepancies in the fighter jet deal with France and sought a stay on it.

The Congress had earlier said the deal signed by the National Democratic Alliance (NDA) government smacked of corruption and crony capitalism. The party had also raised the issue during the monsoon session of Parliament.

Congress President Rahul Gandhi said that the government is hiding the details of the deal and blamed Prime Minister Narendra Modi for favouring Anil Ambani’s Reliance Defence Ltd. He said, “Anil Ambani has ₹45000Cr debt and he formed the company 10 days before the deal. What is the deal between Modi and Anil Ambani.”

Rafale deal is a defence agreement signed between France and the governments of India for the purchase of 36 Rafale fighter aircrafts in a fly-away condition as a part of the upgrading process of Indian Air Force equipment. 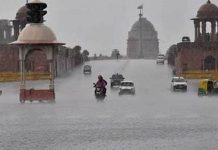