The Supreme Court (SC) on Friday said it would hear on April 10 a plea of Rashtriya Janata Dal (RJD) chief Lalu Prasad Yadav seeking bail in three cases related to the multi-crore-rupee fodder scam, in which he has been convicted.

A bench of Chief Justice Ranjan Gogoi asked the CBI to file a reply by April 9 and said Yadav’s bail plea would be taken up for a hearing next Wednesday.

Senior advocate Kapil Sibal, appearing for the RJD supremo, sought urgent listing of the bail plea saying a notice had been issued in the matter. 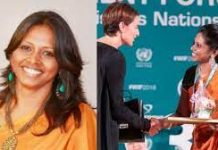