The Congress-JD (S) combine on Friday night filed a fresh petition through advocate Dev Dutt Kamath in the Supreme Court challenging Karnataka governor Vajubhai Vala’s decision to appoint KG Bopaiah as the pro tem speaker to conduct the crucial floor test.
Late Friday night, Chief Justice of India Dipak Misra decided to list the matter before the three-judge bench, headed by Justice AK Sikri and comprises of Justices SA Bobde and Ashok Bhushan at 10.30 am on Saturday.
The petition said “it is submitted that despite the settled parliamentary convention and practice for appointment of a pro tem speaker, a junior MLA Shri KG Bopaiah (BJP) with a dubious and controversial record of passing biased disqualification orders has been appointed as the pro tem speaker.
“As a matter of fact, the conduct of Shri KG Bopaiah has been severely criticised and strictures have been passed against him by this Hon’ble court. The disqualification orders passed by him were also set aside as being vitiated with mala fides and undue haste in two judgments of this court.”
Congress-JD(S) alleged “a shocking disregard to binding parliamentary convention and long standing parliamentary practice of appointing the senior most member of the House”, the governor appointed “a relatively junior member of the House. This is in the face of the admitted fact that the senior most MLA is currently serving his 8th tenure but has been overlooked.” 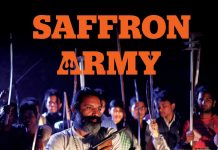 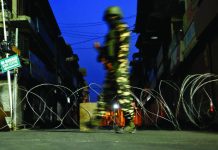