Supreme Court on Friday issued notice to the Centre on pleas challenging the Constitutional Amendment that gives 10 per cent quota for the economically weak in jobs and education of the general category. The top court said, it will examine the validity of bill. However, it refused to stay implementation of 10 per cent quota.

The apex court was hearing a batch of petitions, which claimed that the 10% upper caste reservation is unconstitutional.

The top Court has demanded an answer from the Centre within four weeks on the move that was introduced and passed in parliament in a matter of days. 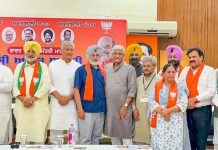