The Supreme Court on Friday said the Unnao rape survivor who was injured in an accident last week, will not be airlifted to AIIMS in Delhi after her family said they want her treatment to continue in Lucknow. The Court also ordered that her uncle, who is jailed in Uttar Pradesh’s Rae Bareli, be shifted to Tihar Jail in the national capital.

The apex court on Thursday transferred all the cases involving the Unnao rape victim to Delhi and set a 45-day deadline for rape case and directed the Central Bureau of Investigation (CBI) to complete the probe in the survivor’s accident case within seven days.

It also directed the Uttar Pradesh government to pay interim compensation of Rs 25 lakh to the rape survivor.

The Central Reserve Police Force (CRPF) has taken over security of the rape survivor, her mother and other family members.

On Sunday, Unnao rape survivor, her lawyer were critically injured and two of her aunts including one who was a witness to the crime were killed in the accident when they were on their way to Rae Bareli. 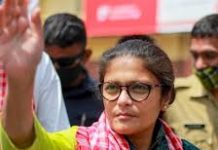