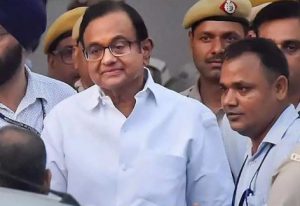 According to reports, during the hearing, the Enforcement Directorate (ED) opposed Chidambaram’s bail plea, claiming that he was influencing the witnesses even while in jail. Solicitor General Tushar Mehta, appearing for ED, told the bench headed by Justice R Banumathi that economic offenses are of serious nature as they not only affect the economy of the country but also hurt the confidence of the people in the system. The bench also consists of Justice AS Bopanna and Justice Hrishikesh Roy.

On the other hand, on the application for bail by giving the example of CBI case, the ED said that the witness and the material in both the ED and CBI cases are different. In such a situation, Chidambaram cannot be granted bail on the basis of the CBI case. The ED said that the accused’s time spent in jail should also not form the basis for granting bail.

On October 22, 2019, the Supreme Court granted bail to P Chidambaram in the CBI case related to INX Media.

However, the Congress leader continued to be in custody of Enforcement Directorate (ED) in the money-laundering case.

The Enforcement Directorate (ED) has filed a criminal case under the Prevention of Money Laundering Act (PMLA) to probe alleged irregularities in the grant of Foreign Investment Promotion Board (FIPB) approval to the INX Media group.