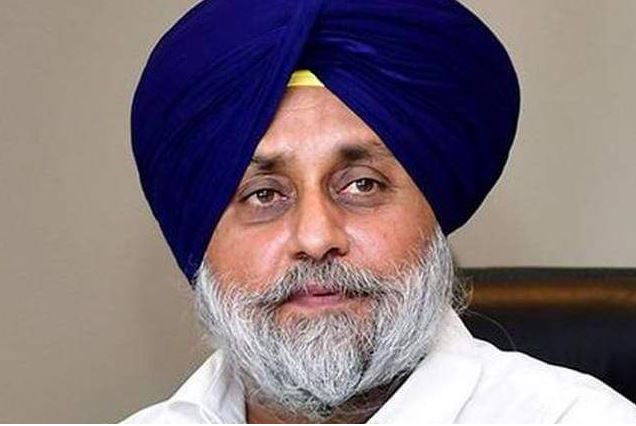 The Shiromani Akali Dal on Tuesday described Supreme Court’s order on the farmers issue as “resounding moral defeat of the BJP Government at the centre”.

The party however expressed “grave concern and anxiety” over reports that the government was “deliberately trying to infiltrate the peaceful and democratic struggle of the farmers by pushing in some mercenaries into their ranks to act as  agents provocateurs in order to incite violence and defame the most honourable and civilized struggle.”

“The Shiromani Akali Dal considers peace and communal harmony in Punjab and the rest of the country as the most sacred ideals for which the party has always made supreme sacrifices. We will continue to preserve this heritage handed down to us by the great Guru Sahiban. We will continue to fight to defeat any attempts by anyone to set fire to peace here,” said a resolution passed at a specially convened meeting of the Core Committee of the party this evening presided by party president Sukhbir Singh Badal.

Giving details of the proceedings of the meeting,  Harcharan Bains, Principal Advisor to the SAD president, said the Core Committee passed a resolution saying that “the  Apex court order fully vindicates the stand and steps taken by the Shiromani Akai Dal prior to the passage of the anti-farmer Bills. We had then also advocated that the passage of the Bills be put off, a Select House Committee be formed and farmers’ prior consent be taken before bringing to the House the Bills to legislate on the Ordinance. The SAD had not only voted against the anti farmers Bills but its sole member in the Union Cabinet Harsimrat Kaur Badal had promptly resigned in protest against the govt’s decision to pass these. The party then quit the longest-standing political arrangement in the country, the SAD-BJP Alliance, and walked out of the NDA.  Akali patriarch and statesman Parkash Singh Badal then returned his Padam Vibhushan honour also in protest against the government’s irrational and obstinate decision to impose the Acts on the farmers against their own wishes,” said a Resolution passed at a special meeting of the Core Committee this evening.

The Core Committee further said that the SAD will continue to support and participate in any peaceful, civilized and democratic line of protest which the farmers organization decide to pursue to get the anti-farmer Acts revoked. “There is no change in the unswerving support to all peaceful and democratic means of protest to force the government to revoke the Acts against which the party had quit the government and taken all other steps to strengthen the farmers’ cause.,” said Bains.

“The party decided to caution the people of Punjab against conspiracies by the ruling party at the centre as well as in the state to sabotage the hard-earned atmosphere of peace and communal harmony in Punjab and the rest of the country,” said Bains.

The Core Committee Resolution said that  “the  farmers  alone have the right to decide on the future course of the peaceful and civilised protest, but the SAD, as the oldest and the largest political party of the farmers will continue to work actively to swell the ranks of the agitating  farmers in Delhi, Punjab and Haryana.”

The Shiromani Akali Dal described the composition of the committee by the SC as “most unfortunate and unacceptable”, saying that the composition and character of the Committee had fully exposed the anti-farmer nexus between the Punjab CM Captain Amarinder Singh and the anti-farmer government at the centre. The profile and background of the members with which the Committee has been packed clearly showed that it has been done at the instance of Captain Singh. How else would you find on the committee names such as that of the known supporter of the anti-farmer Acts, Balbir Singh Mann, a former Congress MP whose son was nominated to the PPSC by Amarinder. The cat nursed by the Captain-BJP collusion against the farmers is decisively out of the bag,” said the Core Committee resolution.

Bains said that the SAD Core Committee came down heavily against the “insane and irresponsible utterances of the Government of India through its counsel in the Supreme Court in which the Government had alleged the hand of Khalistani and other anti-peace and anti-national elements in the farmers protest. “The government’s claim is belied by responsible statements by one of the BJP’s most senior leaders and minister, Rajnath Singh, who had categorically stated last week that it was wrong to paint the peacefully agitating  farmers as Khalistanis or ideological extremists.”