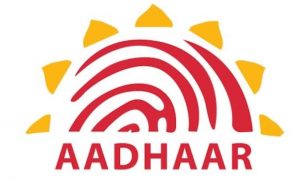 When Justice Arjan Kumar Sikri of the Supreme Court announcing the historic Aadhaar judgment said, “It is better to be unique than to be best,” it was clear that the top Court has upheld the validity of Aadhaar with certain riders. The acceptance of Aadhaar after a judicial review with observation that sufficient security measures are taken to protect data and it is difficult to launch surveillance on citizens on the basis of Aadhaar should be welcomed. A five-judge bench led by CJI Dipak Misra has asked the government to provide more security measures as well as reduce the period of storage of data. We learn that the government is coming with a proposal by September end, followed by its approval at a Cabinet meeting.

The effectiveness of Aadhaar can be understood from the fact since its introduction, the government has been able to save a whopping 90,000 crore by eliminating duplicate and non-existent beneficiaries. There are close to 122 crore Aadhaar card holders in the country. Technology is a tool of governance and nobody can afford to be a laggard. Still there are skeptics who find fault with digitalisation or with EVMs. The mandate for Aadhaar was to be an effective tool for delivery of subsidies to eliminate middlemen and unscrupulous elements from siphoning off the benefits meant for the poor. However, it became an instrument to harass common men asking them to link ration cards, PAN cards, bank accounts, mobile numbers with it. This all happened while the government was promising minimum government and maximum governance.

Fear was lurking that making Aadhaar all pervasive would be leaving field open for cyber criminals and even global intrusion. After all, complete access to personal data viz names, photographs, addresses, date of birth, marriage certificate, school admissions, marital status, mobile numbers, personal email IDs, we would be putting privacy of individuals at peril . Certain rights guaranteed by the Constitution were being reinterpreted. Now the Supreme Court has upheld the Aadhaar scheme as constitutionally valid but has struck down several provisions in the Aadhaar Act. For instance, the Aadhaar cannot be made mandatory for openings of a bank account, for getting mobile connections, for school admissions, etc. However, the linking of Aadhaar with PAN and filing of Income Tax Return has been mandatory. The Apex Court has directed the government to ensure that illegal migrants are not issued Aadhaar to get benefits of social welfare schemes. Post judgment, the private companies can’t ask for Aadhaar. However, the big question remains as to what would happen to the data already procured from the citizens by the corporate sector?