The Supreme Court on Friday dismissed a group of petitions seeking an inquiry into the controversial Rafale fighter jet deal from French company Dassault Aviation.

Chief Justice Ranjan Gogoi said, “the court was satisfied that the process for procurement had been complied with in the case of Rafale.”

“The apex court cannot sit in judgment over the decision to buy 36 aircraft instead of 126, neither can it go into the details of pricing,” the bench said.

On pricing, Gogoi said that it wasn’t its job of court to examine specific financial details such as the cost of an individual aircraft.

Gogoi further said it is not for the Centre but for the vendor to decide on offset partner in the deal. It is not the court’s job to go into this either.

The Supreme Court on November 14 had reserved its verdict on the petitions, saying the pricing details of the deal need not be discussed at the time. 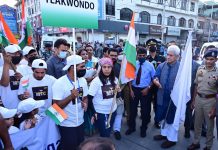