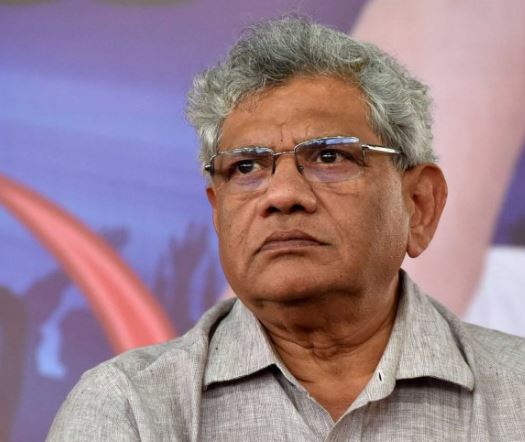 The Supreme Court on Wednesday allowed CPI (M), general secretary Sitaram Yechury to visit Jammu and Kashmir to check on his party colleague Mohammed Yusuf Tarigami in the state.

The court, however, told Sitaram Yechury to only meet his party colleague Tarigami and not use the visit for any political purpose.

The top court also asked Yechury to file an affidavit on Tarigami’s condition on his return.

Yechury gave an undertaking that he is going to Jammu and Kashmir only to meet his colleague.

“The Supreme Court has permitted me to go to Srinagar and see Com Yousuf Tarigami and “report” back to them on the condition of his health. Once I meet him, return and report to the Court, I will make a more detailed statement,” Yechury said in a tweet.

Jammu and Kashmir has been under strict restrictions since the government announced its decision to abrogate Article 370 on August 5. Phone and internet connections were suspended to avoid any backlash.