The Supreme Court has once again come to the rescue of scribes by its order granting immediate bail to journalist Prashant Kanojia. It is obvious that the arrest of the journalist by Uttar Pradesh Police for sharing on Twitter, a video pertaining to Chief Minister, Yogi Adityanath was totally unwarranted and bad in law.  With this, the Supreme Court has once again reassured that we are not a banana republic yet. The vacation Bench, comprising Justices Indira Banerjee and Ajay Rastogi, did not consider the controversial tweets as sufficient grounds for curtailing personal liberty of a journalist.

Police high handedness is clear from the fact that Kanojia was taken out of Delhi to Uttar Pradesh without a transit remand from the magistrate. The police action has sparked outrage in media circles, and the Editors Guild of India described it as the “authoritarian misuse of laws”. Different press clubs and media organisations criticized the action. When media fraternity came to the support of arrested journalist, the UP Police added Section 67 of the IT Act that relates to sharing of obscene material to obtain a remand order. What had irked the Uttar Pradesh government are the contents of a video clip in which a woman is seen expressing her wish to marry the Chief Minister, Yogi Adityanath.

The UP Police case against Kanojia who had shared a video of a Kanpur-based woman making allegations against Yogi Adityanath filed the case. Kanojia was arrested from his Delhi home in the morning and sent to jail by the evening while woman too was arrested. The Police had also acted against two TV journalists airing the same controversial video. To book a journalist for a social media post is surely an attack on the freedom of the press. It is not only undemocratic and an attempt to curtail freedom. The Apex Court has clearly spelled out where the UP Police had gone wrong because the police could have initiated lawful action against Kanojia but not trampled an individual’s rights.

The order of magistrate said “The incident could have led to serious law and order problems in the future. So it is very important to take concrete action against the channel and in order to stop the immediate broadcast, the premises in sector 65 have been sealed for two months starting June 9.”

The officials alleged that documents showed the channel had a licence for ‘Network 10’ and not ‘Nation Live’, making its operation illegal. The arrests had sparked outrage with many activists and lawyers saying the police action had muzzled free speech. It is difficult to believe that at a time when social media is full of abusive content, how could police target one or two individuals and book them under a non-cognisable offence? 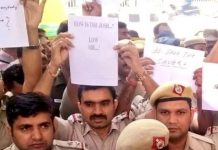 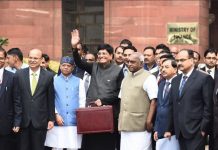 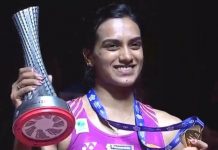