The Supreme Court on Monday adjourned till January third week the plea filed by Zakia Jafri challenging the report of the Special Investigation Team (SIT) which gave a clean chit to Prime Minister Narendra Modi, other top politicians and bureaucrats in the 2002 Gujarat riots case.

The bench headed by Justice A M Khanwilkar, had deferred the hearing in the case by a week on November 26.

The report of the Supreme Court monitored SIT in 2012, had concluded that Chief Minister Narendra Modi took all possible steps to control the riots.

Zakia Jafri is the widow of former Congress MP Ehsan Jafri, who was among the 69 people massacred at Gulbarg Society in Ahmedabad on February 28, 2002 in the aftermath of the Godhra train carnage.

Concern over weaponry from Af making its way into valley 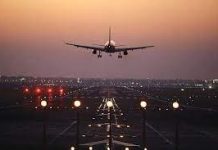