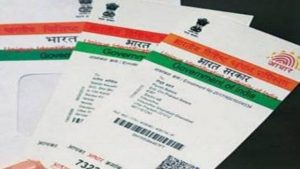 Supreme Court on Wednesday upheld the constitutionality of Aadhaar and said that Aadhaar gives dignity to marginalised sections, which outweighs the harm. The court in its verdict also said that it was not mandatory to link Aadhaar to bank accounts and mobile linking, but maintained that it was mandatory to link it with PAN for filing income tax returns.

A five-judge bench comprising CJI Misra, Justices A K Sikri, A M Khanwilkar, D Y Chandrachud and Ashok Bhushan gave its verdict on petitions that challenged the constitutional validity of Aadhaar, which called it a violation of the right to privacy.

The court in its verdict said, “There is a fundamental difference between Aadhaar card and identity. Once the biometric information is stored, it remains in the system.” Minimal demographic and biometric data is collected from Aadhaar which gives identity and benefits to marginalised people of the community, the apex court added.

Justice Sikri while delivering the verdict, said “The Aadhaar authentication process is not exposed to the internet world. Regulations are strictly followed. There is a sufficient defence mechanism. There is an oversight by technology, no information on the nature of the transaction is obtained.”

While Justice Chandrachud said, “If Aadhaar is made mandatory for every service the Government of India provides, it is impossible to live in India, Legitimate aims can be met with less intrusive measures” he added.

Key Points of the verdict:

Aadhaar is not needed for banking.

Linking of Aadhaar to mobile numbers not constitutional, No mobile company can demand Aadhaar card.

Aadhaar is not mandatory for UGC, NEET & CBSE examinations.

Aadhaar  must for PAN card and for the filing of income tax returns. 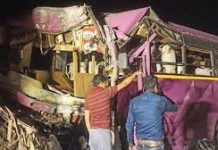