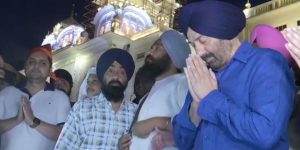 Actor-turned-politician and BJP candidate Sunny Deol will file his nomination from Gurdaspur parliamentary constituency on Monday.

Ahead of filing his nomination papers Sunny Deol offered prayers at the Golden Temple.

Deol entered the shrine complex with folded hands, accompanied by his supporters.

Following the visit, the actor left for Gurdaspur where he will file his nomination papers.

His father, veteran actor Dharmendra and brother Bobby Deol are likely to be present during the filing.

According to the sources, the 62-year-old actor will also be accompanied by Kavita Khanna, wife of former Gurdaspur MP late Vinod Khanna, and Union Minister Jitendra Singh. 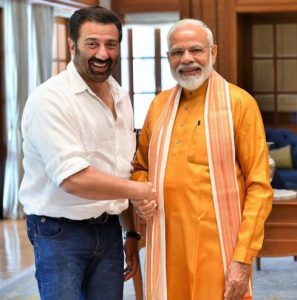 Prime Minister Narendra Modi on Sunday met Sunny Deol and posted a picture of the meeting along with a message on Twitter stating that he was impressed with the actor’s passion for a better India.