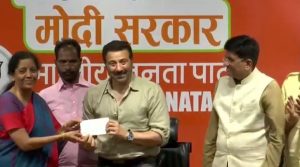 He joined the BJP in the presence of Defence Minister Nirmala Sitharaman and Railway Minister Piyush Goyal.

There are speculations that Sunny could be the BJP candidate from Gurdaspur in Punjab.

Sunny Deol is now the third member from Deol’s family to join BJP after Dharmendra and Hema Malini.

Dharmendra had a brief stint in politics about 10 years ago when he contested the 2004 General election from Rajasthan’s Bikaner on a BJP ticket and won. Hema Malini is currently fighting for re-election from Uttar Pradesh’s Mathura.

Punjab will vote on May 19, the last day of the seven-phased Lok Sabha Election. The counting of votes will take place on May 23. 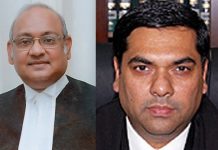