Shiromani Akali Dal (Badal) President Sukhbir Badal on Wednesday appeared before the Special Investigation Team (SIT), the second time this month, here in the 2015 Kotkapura police firing on a crowd protesting the alleged desecration of the Guru Granth Sahib.

At that time he was the Deputy Chief Minister in the SAD-BJP coaling government and was holding the home portfolio.

Earlier, the SIT summoned Sukhbir Badal on September 6 and questioned him for over three hours in the Behbal Kalan firing case, both Kotkapura and Behbal Kalan cases were interlinked and occurred after the sacrilege of the Guru Granth Sahib.

At that time the police had opened fire on people protesting against the sacrilege in Faridkot. Two people were killed in the firing on protesters in Behbal Kalan, while a few were injured in Kotkapura.

Saini was removed from the top police post by then Chief Minister Parkash Singh Badal following incidents of sacrilege and subsequent violence in the state in which the police force was accused of excesses.

Justice Ranjit Singh (retd), who headed the commission appointed by the previous Congress government into the alleged incidents of sacrilege and the subsequent police firing on protesters, has placed the then Chief Minister Parkash Singh Badal, the SAD patriarch, and then DGP Saini in dock.

Also, he castigated the Sirsa-based Dera Sacha Sauda, whose chief and self-styled godman Gurmeet Ram Rahim Singh is currently serving a 20-year jail sentence for raping two of his disciples and a life term for a journalist’s killing, for the incident of sacrilege.

Justice Singh made these comments in January on the release of his 423-page book ‘The Sacrilege’ based on his inquiry when he was heading the government set up commission.

“Inference on the basis of material and evidence is against both then Chief Minister Parkash Singh Badal and then Director General of Police (DGP) Saini for not playing active role (with the subsequent police firing on protesters after the sacrilege incident), ” Justice Singh had told IANS at the book launch here.

The Punjab and Haryana High Court on April 9, 2021, quashed the previous police SIT report that gave a clean chit to the Badals and directed the state government to set up a new team.

The high court had not only quashed the probe but also raised doubts over the methods and ordered reconstitution of the SIT probing the case without IPS officer Kunwar Vijay Pratap Singh, who is now an AAP legislator.

Following the high court directive, the then Congress government led by Captain Amarinder Singh constituted another SIT on May 7 to probe the incident. 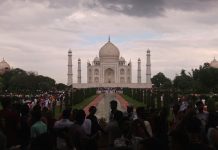