“COVID-19 has increased disturbingly both in spread and speed in the past three weeks but suggestions to the government have been acted on only partially and in a miserly way”, Congress president Sonia Gandhi said on Thursday at a meeting of party’s highest decision-making body, the Congress Working Committee (CWC).

“Unfortunately, they have been acted upon only partially and in a miserly way. The compassion, large-heartedness and alacrity from the Central Government is conspicuous by its absence,” said Sonia.

“We have repeatedly urged the Prime Minister that there is no alternative to Testing, Trace and Quarantine. Unfortunately, testing still remains low and testing kits are still in short supply and of poor quality. PPE kits number and quality is poor,” she added.

“12 crore jobs have been lost in the first phase of the lockdown. Unemployment is likely to increase further as economic activity remains at a standstill. It is imperative to provide at least Rs.7,500 to each family to tide over this crisis,” she said.

Sonia pointed to difficulties faced by migrant workers and farmers and praised Indians leading the fight against the COVID-19 pandemic in spite of the absence of adequate personal protection equipment. 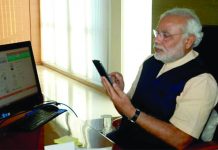