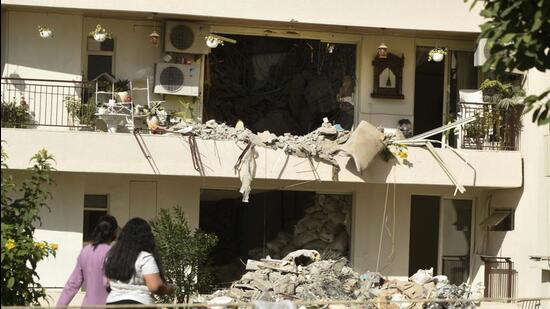 Investigating team experts has started thorough structural audit as regard all multi-storey buildings in Haryana, especially in five districts in NCR.  The issue was widely raised in recent Vidhan Sabha session at Chandigarh by several prominent leaders of political parties in opposition including Abhey Chautala INLD General Secretary,  Neeraj Sharma Congress MLA and independent MLA Rakesh Daulatabad in whose constituency area Chintels Paradiso Society mishap happened, who raised a question over this highly sensitive issue caused danger to the lives of innocents residents in the building due to neglect on the part of builders demanding stern action under section 304 IPC against those responsible for mishap used sub-standard building material in construction and also violated Haryana Building Code 2017 having no provision for structural audit on on completion of construction of multi-storey buildings by an expert organization prior to possession by society members.

According to investigation report submitted by the committee, it was identified that in as many as 28 multi-storey buildings in four towns in Haryana state in which large number of families are already staying in the buildings prior to completion which included 17 buildings situated at Gurugram, seven buildings at Faridabad, two buildings each at Rewari and Sonipat for which state government has already taken action against the organizer of societies allegedly allowed entry of families prior to completion of construction of building.

Abhey Chautala strongly condemned the incidents demanding stern action against builders violating norms for self-vested interest and punish all those responsible for the death and injuries to innocents filing case against them under section 304 IPC attempt to murder. Neeraj Sharma of Congress said, illegal construction in such buildings is another prominent reason for mishaps in large number of cases when residents start additional construction to build another floor without seeking permission.