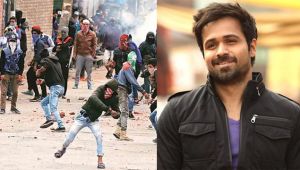 Stones were pelted Bollywood actor Emraan Hashmi during the shoot of his new film Ground Zero in Kashmir.
Jammu and Kashmir Police have identified the miscreant and arrested him

.”One miscreant pelted stones at the crew members. He has been identified and arrested,” Anantnag police said in a statement.

Hashmi is currently shooting in Pahalgam for the Tejas Deuskar directorial Ground Zero. The movie also stars Sai Tamhankar. The movie marks the first on-screen pairing between the duo. Sai is playing Hashmi’s wife in the film. The film is backed by Farhan Akhtar’s Excel Entertainment.

According to reports, the incident happened during the evening when the actor went out after wrapping the day’s shoot.

However, Hashmi denied the reports that he was injured in the stone pelting.

“The people of Kashmir have been very warm and welcoming, it has been an absolute joy shooting in Srinagar  and Pahalgam. The news of me being injured in a stone pelting incident is inaccurate,” Hashmi tweeted. 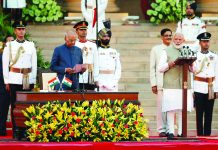