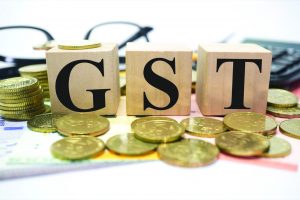 Facing heat over delay in payment of GST compensation, the central government has released 35,298 crore to states to make up for the loss of revenue due to rollout of the Goods and Services Tax (GST). When GST was rolled out on July 1, 2017, states were through legislation promised to be compensated for the loss of revenue as not just their taxes such as VAT were being subsumed in the new levy but also their right to levy taxes was being snatched.

The compensation amount was fixed at 14 per cent on top of revenue in the base year of 2016-17. The corpus for paying compensation was collected by levying a cess on top of GST rates on tobacco products, cigarettes, aerated water, automobiles, and coal. This compensation was to be released after every two months but the same was pending since August, drawing protests from states, particularly non-BJP ruled ones.

“The central government has released GST compensation of 35,298 crore to States and Union Territories today,” the Central Board of Indirect Taxes and Customs (CBIC) said in a Twitter post. This comes just days before the 38th meeting of the GST Council — the highest decision-making body of the new indirect tax regime — on December 18, where the opposition-ruled states had planned to again raise the issue of delayed payments.

Opposition-ruled states such as Punjab, West Bengal and Kerala have since last month upped the ante for the immediate release of GST Compensation Fund. Their finance ministers had also met Union Finance Minister Nirmala Sitharaman and the issue came up during the just-concluded Winter Session of Parliament. Sitharaman had in press conferences and industry events acknowledged the dues but never mentioned timelines for making the payment.

She had in the Rajya Sabha on December 12 stated that in 2017-18, the total cess collected was 62,596 crore, of which 41,146 crore was released to states. The remaining 15,000 crore was accumulated in the Cess Fund. In the next year, 95,081 crore was collected and 69,275 crore released to states but “cess accumulated in the Fund was zero,” she had said, according to a verbatim transcript of her speech available on the Rajya Sabha website.

It wasn’t clear how no money was accumulated in the Cess Fund in 2018-19 when, according to her, only 69,275 crore out of 95,081 crore was paid. She also hadn’t said what happens to the surplus that accumulates in the Fund. According to Sitharaman, during the current fiscal year that began in April 2019, cess collections till October 31 were 55,467 crore but compensation released to the states was 65,250 crore. “The Government of India has released 9,783 crore more than the amount raised through cess collections (this fiscal),” she had said in the Rajya Sabha.

Sitharaman recently assured states that the Centre will not “renege” on the promise of GST compensations. The delays to pass on the money are due to slippage in collections and the states have nothing to be embarrassed about, she said. “It is certainly their right, I am not denying. At the same time, I am also making it clear to say that I am not reneging on that. States will be given. We are certainly not reneging on it. I admit that the payments which had to go the compensation head have not been given for two months slot.”

“I do not want them (states) to feel embarrassed because it’s not their fault nor is it personally my fault,” she said, admitting that GST collections have been much lower than expectations. She attributed the dip in collections to a slip in GST filing due to natural calamities and also due to a slowdown in consumption that has a direct impact on the collections.

The impact of GST on growth will take time and results will not be visible overnight, according to Bibek Debroy, Chairman, Economic Advisory Council to the Prime Minister (EAC-PM). Noting that Goods and Services Tax (GST) is a work in progress, he said that when it was introduced, there were people who said the new indirect tax regime would lead to incremental GDP growth of 1.5-2 per cent.

“This is regarding the fact that the estimate was done by NCAER (National Council of Applied Economic Research) for the ninth Finance Commission for terminal ideal GST, whereas GST — which is work in progress — may take 20 years. It is not that you are going to get 1.5-2 per cent (additional) GDP growth overnight,” he said.

India’s GDP growth rate has fallen to an over 6-year low of 4.5 per cent in the second quarter of current fiscal. Collections under the GST, which was introduced in July 2017, has remained mostly below the target. The GST collections came in at 95,380 crore in October, down 5.29 per cent from 1,00,710 crore in the same month last year, as per government data. This was the third consecutive month when GST mop-up remained below the 1 lakh crore mark, despite festival season.

Economic Advisory Council of the Fifteenth Finance Commission seprarately discussed issues related to GST stabilisation and possible ways to improve tax collection for additional resource mobilisation. “Advisory Council was informed about submission of the 2020-21 report and now the Commission is on its next task of preparing the report for 2021-26 period,” said an official release after the fifth meeting of the Fifteenth Finance Commission.

Advisory Council members were updated by the Commission regarding the additional terms of reference extending Fifteenth Finance Commission’s term till October 2020. As per the additional terms of reference, the Commission will submit two reports- one, for the year 2020-21 and second report for the five year period of 2021-22 to 2025-26. The council members who attended the meeting include M Govinda Rao, Indira Rajaraman, Sudipto Mundle, Omkar Goswami, Arvind Virmani, Surjit Bhalla and Prachi Mishra.