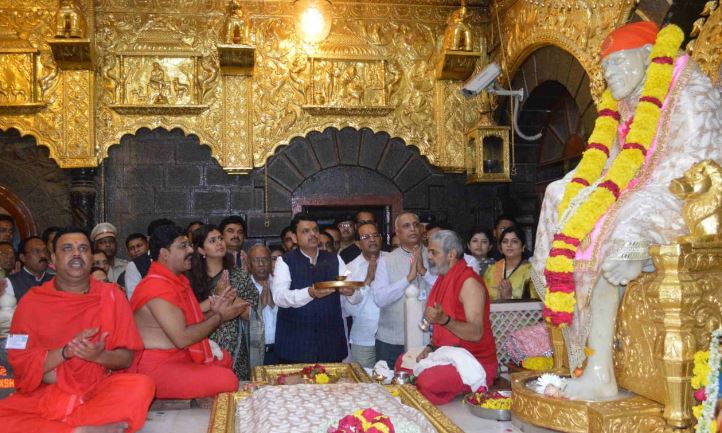 A state-level committee will be set up to suggest measures to make grampanchayats financially competent and suitable decisions will be taken based on the recommendations of the committee, said Chief Minister Devendra Fadanvis.

He was speaking at the valedictory function of the state level sarpanch and upsarpanch workshop organized by Rural Development Department and All India Sarpanch Council (Akhil Bharatiya Sarpanch Parishad) in Shirdi.

Fadanvis said that providing the funds of 14th finance commission directly to gram panchayats and to give them autonomy in this regard will be definitely considered, and discussion on giving representation to sarpanch representative in district planning committee.
The 15th Finance Commission will be urged to allow sarpanchs to place their views before the commission. The State Government is committed to rural development and for that the
treasury of the state will always be open. All the necessary schemes for the villages will be completed, he assured.

The Chief Minister said that this is happening for the first time in the country’s history that the government and sarpanchs are coming together to organize the training program. This sarpanch conference will create history in respect of rural development and welfare of citizens. The problems of our villages are still unresolved even after 70 years of independence. This government has taken initiative for resolving them and accelerated these measures focusing on the development of villages. Keeping in view of agriculture, basic
problems, potable water, etc. the government developed a model of rural development and did not leave any stone unturned for their implementation. Public participation played an important role in this, he said.

Sarpanchs and upsarpanchs are transforming the villages hence to strengthen their efforts the government decided to elect them directly from the people. That’s why we see the
youth, educated class and women are leading the rural areas on a large scale. The government has decided to increase the honorarium of factors responsible for rural development. Besides, the decision to grant meeting allowance to members of grampanchayats will be taken soon.

After the conference Chief Minister Fadanvis visited Sai temple and had ‘darshan’ of Sri Sai Samadhi.