STARRING
Will Ferrell, Zach Galifianakis, Dylan Mcdermott, John Lithgow, Dan Aykroyd
By Ajachi Chakrabarti
THERE IS a point in The Campaign where Will Ferrell punches a baby in the face. He later goes on to punch Uggie, the dog from The Artist. Both times, he is actually aiming for his opponent in a Congressional race. Even with the current fractiousness in American politics, this is over the top. Then again, subtlety isn’t this film’s strong suit, especially since it is directed by Jay Roach of Austin Powers and Meet the Parentsfame.
Unlike those masterpieces of cinéma vérité, The Campaign does have what could pass as subtext (even if written in 50-foot flaming letters): post-Citizens United — the 2010 US Supreme Court verdict that allowed independent political expenditure — Big Money plays a major role in politics. Said Big Money is played by TV comedy veterans Lithgow and Aykroyd as the Motch brothers, a not-so-veiled reference to the infamous Koch brothers. They run a good-hearted doofus, Marty Huggins (Galifianakis, sadly de-bearded), against five-time incumbent and hitherto-unopposed Cam Brady (Ferrell) for a Congressional election in North Carolina. Helping Huggins “not suck” is Tim Wattley (Mc- Dermott), a campaign manager adept in the dark arts of character assassination. Not that there’s much to assassinate, with Brady paying homage to every political scandal that has made headlines. Brady’s popularity is falling because he leaves a sexually explicit message meant for a mistress on the phone of a religious family. The brothers’ nefarious designs also involve getting Huggins to help them set up a Chinese sweatshop, an idea they call “insourcing”.
Hilarity ensues as it only can in a Ferrell film. Scenes resemble Saturday Night Live sketches and the climax could have been written by Frank Capra on some very dangerous drugs. The Campaign works because the jokes are genuinely funny and excellently delivered by a stellar cast. Ferrell and Galifianakis deliver comedically precise performances, well supported by brilliant character actors, such as Karen Maruyama as Mrs Yao, the Huggins family maid, paid extra to effect a Mammy Two Shoes accent to remind Marty’s father of the good ol’ antebellum South.
It may not be highbrow political satire, but the film has its unsettling moments. Because you will laugh when a baby gets punched in the face. 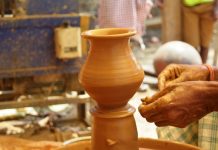 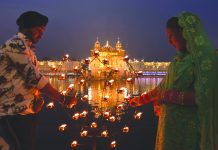