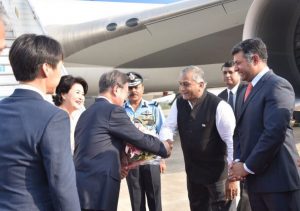 South Korean President Moon Jae-in arrived in India on a three day visit on Sunday. Moon who is on his maiden visit to the nation was received by Minister of State (MOS) for External Affairs General (retd) VK Singh. President Moon, accompanied by his wife Kim Jung–sook visited Akshardham temple on Sunday evening and spent an hour there.

President Moon along with Prime Minister Modi will inaugurate tech giant Samsung’s 35-acre facility in Noida which is going to be the world’s largest mobile factory. 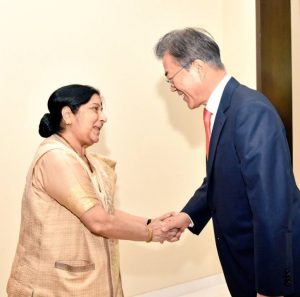 Union Industries Minister Suresh Prabhu and South Korean Trade Minister Kim Hyun-Chong signed agreements on trade and commerce. Both the ministers began their meeting with breakfast, after which the agreements were discussed and finally signed.

“Trade and commerce will play their own roles in taking bilateral relations between both the countries forward. We are going to take this relationship to a new level. We had a fruitful and forward looking discussion, some ideas have come to forward while some will work in progress,” Prabhu said. 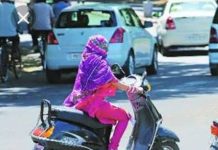 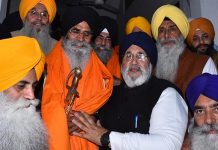