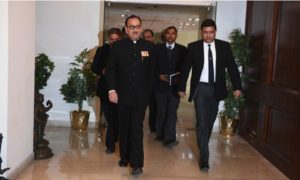 Undoubtedly, the Central Bureau of Investigation (CBI) has been hogging news headlines for its investigating acumen; nevertheless, currently it is in the news for wrong reasons in the wake of tussle between its special director Rakesh Asthana and director Alok Verma. In the wake of allegations and counter-allegations, the CBI on October 22 had arrested its deputy superintendent of police Devender Kumar who was also named in the corruption case registered against Asthana. On the other hand, Asthana, about a couple of months back, had shot off a letter to the Cabinet Secretary, accusing his CBI Director Verma of indulging in a series of corruption acts, and also accused Verma of interfering in investigations carried out under his supervision. The cabinet secretary asked the Central Vigilance Commission to look into the matter.

The ongoing tussle between the two top most officials of the apex investigating agency invited the intervention of PM Modi on October 21 and accordingly, CBI Director Verma in his meeting with the prime minister briefed the latter on the allegations against Asthana, against whom the agency had filed a corruption case last week on a complaint from Hyderabad-based businessman Sana Satish Babu. Asthana, a Gujarat cadre police officer, was brought to the CBI by the Central government in 2016 and had been commonly perceived to have been positioned to head the CBI.

From glory to decline

The acts of commission and omission have won the CBI bouquets from some and brickbats from others. There has existed some sort of a love-hate relationship with this organisation. Undoubtedly, the CBI has often been subjected to criticism for its alleged failure to function impartially and objectively as an agency of law; nonetheless, concurrently there has always been an ever-increasing demand for investigation of complicated cases involving influential persons to be handed over to the CBI.

Chequered history of the CBI manifests all that have been wrong with India’s governance. In April 1970, the then government at the Centre had contemplated of framing a central law for the CBI, a proposal that is still languishing. The 1978 L.P. Singh committee report on reforming the CBI was also consigned to the archives.

The recommendations of the estimates committee of the parliament (1991-92) had called for laying down a clear-cut policy stating the purpose of CBI’s functioning and had suggested a legislation defining its charter. The committee was definitely of the view that unless the CBI was accorded a statutory status and well-defined legal powers to investigate cases which have ramifications in states, its effectiveness would decline considerably and abruptly. However, no tangible outcome of these recommendations has become discernible.

Role of the CBI has been under the scanner in some cases: be it 1984 Anti-Sikh riots, or the Nithari killings or Bofors case or Shibu Soren case or the corruption cases against Mayawati, Mulayam Singh Yadav, Lalu Yadav and Rabri Devi. Some experts have opined that the CBI has allowed itself to become a political tool seeking allies for the ruling dispensation combination and punishing those who threaten to debunk the ruling dispensation. In his recent tweet, Congress president Rahul Gandhi has called the CBI “an institution in terminal decline.”

Frequent political interference into its functioning and its political misuse by the government of the day has proved instrumental in considerably undermining the credibility of the CBI, which was once regarded as a highly competent and professional investigating agency. Political interference and readiness of the CBI to be politically influenced have made a mockery of the CBI that is expected to remain above partisan politics. Some experts argue that dispensation at the helm in its quest for serving politically vested interests usually discards the high ideals with which the CBI was created.

Recent years have witnessed the functioning of the CBI being subjected to disconcerting questions, irrespective of which government was at the helm. The poor public perception of the CBI, apart from being shorn of credibility, being a “meek, incompetent and biased” agency which could be arm-twisted politically at will, has seriously undermined this crucial institution’s significant role in the national governance. With the functioning of the CBI having come under severe public scrutiny in cases like the Jain hawala, 2G scam, coal scam and other prominent cases; it was hoped that with the passage of 2005 Right to Information Act this apex investigating agency would be open to public scrutiny to some extent; nevertheless, the agency conveniently managed to get itself exempted from the purview of the Act.

The hand-maiden nature of the functioning of the CBI at the will of the government of the day has led the Supreme Court of India to observe that the agency does not have to move with the “crutches of political executive” and the apex court has expressed its anguish over “intrusion” in the functioning of the CBI, requiring its to be “liberated| from “political influence and interference” so that the pride of this investigating agency could be restored. However, it requires strong political will which is currently lacking.

Being mired in controversy does not bode well for the CBI, which needs revamping in accordance with the recommendations of the Estimate Committee of the parliament (1991-1992). In the meanwhile, the Central Vigilance Commission, the statutory body that exercises superintendence over the functioning of the CBI for investigation of offences related to the prevention of corruption, should be authorised to probe current allegations of corruption. Besides, Department of Personnel & Training, the agency’s other supervisor, ought to undertake adequate steps to purge the system.  The current system of borrowing officers on deputation from the BSF, CRPF, BSF and other Central police organisations, which has been in vogue since 2001, should be curtailed and the old mechanism of directly recruiting the personnel for the CBI needs to be revived at the earliest to strengthen and streamline the functioning of this apex investigating agency. Some experts emphasise on reviving and putting into practice the UPA government’s initiative of forming a Group of Ministers to suggest ways to ensure the independence of the CBI and its functional autonomy. It is suggested that agency’s officials should also be encouraged to create a firewall to prevent political interference.

Apprehensions among many state governments of the likelihood of misuse of the CBI by the ruling dispensation at the Centre to settle political scores spurs these state governments to oppose enactment of the Central law for the CBI. Therefore, some critics call for bringing the CBI under a statute to make the agency truly accountable for its actions and inactions.

Some experts have suggested for constituting a high-level governing board, comprising prime minister, Union home minister and four/five chief ministers to be appointed by turn, as its members, to frame broad guidelines and keep a watch over the agency’s working. Some experts have also suggested the bifurcation of the CBI into an anti-corruption body and a national crime bureau, with anti-corruption bureau to be put under the control of the Ministry of Personnel while the national crime bureau should be placed under the Ministry of Home Affairs.

Apart from restoring the image and credibility of the CBI, there is dire need of boosting the morale of the hard-working and honest officials of the agency through sensitizing and incentivising them in order to galvanise them in combating cases of corruption with added enthusiasm and stem the tide of mounting crime as well. A strong and effective investigating agency is prone to augur well with India’s image as a country committed to the rule of law. It is imperative for every dispensation at the helm to maintain the sanctity of this agency in the larger public and national interest and disallow any machination that erodes its credibility. 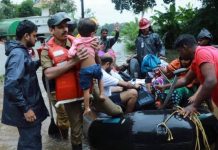 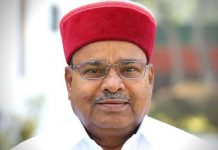