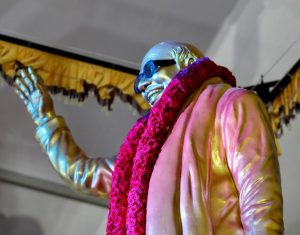 The statue has been installed beside the statue of DMK founder C.N. Annadurai on the premises.

Rahul Gandhi took to his twitter account and said, “The statue of Kalaignar Karunanidhi, one of India’s great sons, was unveiled in Chennai today. I thank Shri M K Stalin, friends from the DMK & Congress & the great people of Tamil Nadu, for the warmth & affection they showered on me & Sonia Ji at today’s function.”

Actor-turned-politician Rajnikanth also showed his presence at the function.