When the names of several Congress leaders were proposed at the sub-group discussions, very few hands came up in agreement.

The Congress Working Committee (CWC) said all those present in the meeting wanted that Rahul Gandhi should continue as the party chief. However, since he refused, Sonia Gandhi was requested to take over as interim president.

Consequently, the CWC unanimously resolved to request Sonia Gandhi to take over as Interim President pending the election of a regular President by the AICC.

According to the party sources Sonia Gandhi was initially unwilling to accept the role of interim President, but she accepted after party leaders convinced her to take the post.

The party has been facing a serious leadership crisis post-2019 Lok Sabha debacle.

Sonia Gandhi was party president for 19 years and she is capable of uplifting the morale of the party workers, sources said.

The name of Congress leader Priyanka Gandhi Vadra also cropped up during the discussion. However, party source said that Sonia Gandhi’s name was brought in as no consensus could be built on any other name.

The CWC also passed a resolution, thanking Rahul Gandhi for his service.

CWC places on record its profound sense of appreciation and gratitude for the exceptional leadership provided by Rahul Gandhi as Congress President, the statement said.

Rahul Gandhi gave a new sense of aggression and modernity to the party organisation and opened up numerous opportunities to the younger generation. He inspired every Congress worker with his never say die attitude, it said.

Rahul emerged as a beacon of hope for the very large number of people who cherished the idea of India on which our freedom movement and our constitution was anchored, it added.

The statement further said, Rahul instinctive moral compass is evident from the manner in which he has taken personal responsibility for the disappointing performance of the party in the 2019 Lok Sabha elections, thereby setting new standards of accountability in public life.

CWC applauds his courage, commitment and conviction in stepping down as Congress President which was a deeply personal decision but is encouraged that his services, inputs and advice will continue to be available to the party, it said.

Each and every Congressman and woman looks to Rahul Gandhi for continued support and guidance, it added. 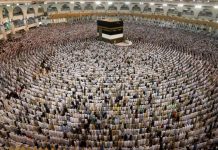