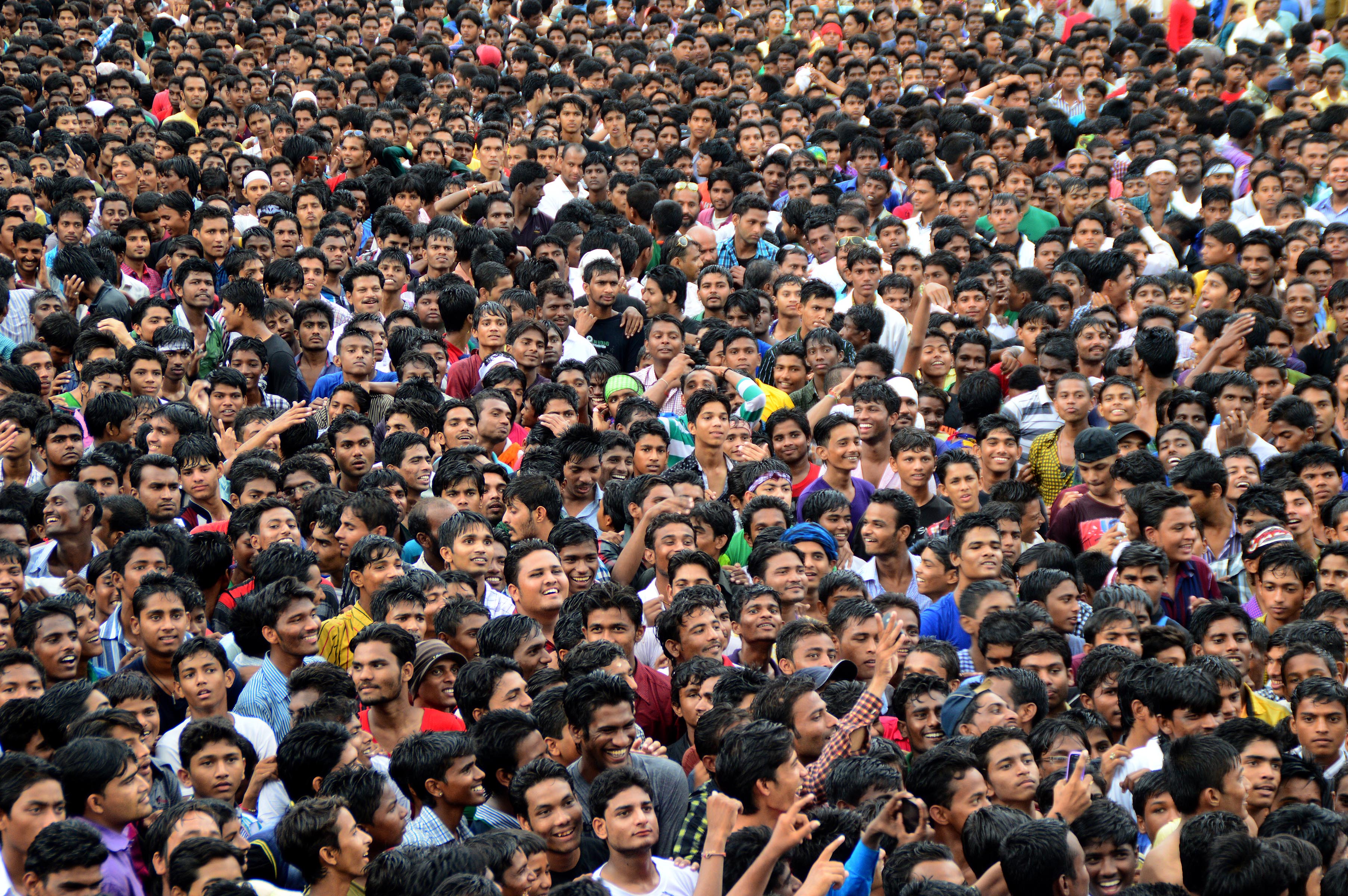 As India prepares to celebrate the Azadi ka Amrit Mahotsav (75 years of freedom) this August, it is time to find out where it stands in protecting the three most vulnerable sections of its population – women, children and senior citizens in this year 2022, reports Amitabh Srivastva

Let us look at some important reports and projections in order to know how India fares in taking care of the three most vulnerable sections of the society.

As far as the Adhi Abadi is concerned, the recently released Global Gender Gap Index report  prepared by the World Economic Forum (WEF) is a shocker.

The Index grades the status and evolution of gender parity under four dimensions, Economic Participation and Opportunity, Educational Attainment, Health and Survival, and Political Empowerment.

Shockingly, India is at the lowest position among the 146 nations in the Health and Survival sub index, at 143 in economic participation and opportunity, 107 in educational attainment and 48th in political empowerment.

Comparisons are not a very healthy way of judgment but they do turn the spotlight  inwards in view of the figures and statistics thrown at us by the PIB and parroted by the ruling party and its followers aggressively on the social media day in and out.

This is not all. This blessed ancient country called Bharat keeps making news for the wrong reasons.

In November 21, a set of findings released in the latest report of the National Family Health Survey 5 (NFHS 5) have shocked people who don’t even know how to react.

The report released at an official program by Dr.VK Paul, member, NITI Aayog, and Rajesh Bhushan, Secretary of the Ministry of Health and Family Welfare, on November 24,2021 gave out a list of seven questions it had asked married women and asked them to rank in order of choice as to which offence they deserved to be beaten up by their husbands.

More than 30% women from as many as 14 states and Union Territories said, “Yes’ they deserved to be beaten up if they committed  the Seven Cardinal Sins.

Among the offences listed in this official survey were refusing to have sex when the husbands demanded it, refusing to cook food for the family etc. However the maximum women said that ‘disrespect to in-laws’ was the top most justification for men beating their husbands making many wonder whether the regressive questions were asked to married women or their mother-in-laws. Reacting to this survey, Shashank Shekhar, a prominent lawyer of the Supreme Court and former member of the Delhi Commission for Protection of Child Rights, says, “The questions and the responses are a reflection of our society where we teach our girls to tolerate whatever happens to them after marriage because we have ‘donated’ them in Kanyadaan. I am personally protesting against the concept of Kanyadaan where we are supposed to give our daughters in Daan and that is why I don’t even attend marriage programmes.”

Asked whether this was a move to further dilute the Domestic Violence Act 398-A, he said, “The Domestic Violence Act is long dead. When you start talking about creating a ‘Home’ for victims of the Act as some NGOs are demanding in the Supreme Court you are only doing what the in-laws want. Section 398-A clearly reiterates the right of residence to the wife who has lodged a complaint.”

Women in India have also to suffer the obnoxious crime of Marital Rape already banned in several countries because both the Ministers of NDA heading the Ministry of Women and Child Development Maneka Gandhi earlier and Smriti Irani have gone on record in parliament to say that if this came into effect it would ruin every family. This logic was repeated by the Solicitor General of India Tushar Mehta when some NGOs filed a writ in the Delhi High Court demanding criminalisation of marital rape.

A similar attitude of preserving the Indian Sanskar and respecting the Divine Right of the head of the Indian family appears to colour our views in the way we treat our children (who constitute 39 per cent of population).

India had signed the United Nations Convention on the Rights of the Child formulated in 1989 as early as 1991 (the US being the only country that has not signed it as of now).

Among the numerous rights declared by the UNCRC, four fundamental rights of the child are 1- Non discrimination, 2-Best interests of the Child, 3-Right to survival and development and the most ‘dangerous’ 4- The views of the Child.

Talk to anyone irrespective of their literacy or economic status and the response of parents, teachers and any one in authority towards any talk of opinion of the child is that of shock.

“What opinion? They are my children. I know what is best for them. I have spent (invested)  so much money on them unlike other countries where they are left to fend on their own. How can someone else tell me how I treat my children” is the first reaction because we treat children as our property.

The biggest villain in this appears to be the National Crime Records Bureau (NCRB) which reels out details of children involved in crime year after year creating fear and anxiety in society.

True, it also tells us that only 3 per cent of the juvenile offenders had studied beyond higher secondary and double that number were illiterate. It also tells us that most offenders come from a very disturbed family background. This becomes a very important factor when judging Children in Conflict with Law.

It turns out that actually the biggest offender in this is the media which takes a sadistic pleasure in painting the picture of children as monsters particularly after 2012 when a minor was one of the accused in the Nirbhaya gang-rape case in Delhi.

What the common man does not know is that for legal purposes, juveniles are divided in two categories: Children in Conflict with Law and Children who Need Care and Protection. What the NCRB figures highlight are the child offenders which form a very minor percentage of total juveniles. In any case, our children are much sober compared to say the USA. Moreover, what the NCRB data does not tell us about are the huge numbers of homeless and marginalised children who need state protection and all the rights guaranteed  under the United Nations convention and the Indian constitution.

Our indifference to their welfare becomes evident from the fact that we do not have any authentic data about their numbers. Statistics about the actual numbers of street or homeless children victims of circumstances, brown families, trafficked, victims of child marriage range from 11 million to 44 crores.

“There are over 2 crore orphans in India;  more than the total population of Sri Lanka” says a report by SOS Children’s Villages. The ChildLine portal of the Government states that “UNICEF estimates that there were 25 million orphaned children in India in 2007.” Another study estimated that there were about 44 million destitute children and over 12 million orphan and abandoned children in India”.

What the media and the NCRB do not reveal in their data is that in most cases, the two categories overlap. For instance, in a recent case, a boy of 15/16 was arrested for stealing an ATM machine. But a child activist lawyer argued at the police station that the minor could not have done this job alone. The police agreed that he was a victim of a gang that exploited his situation and the case was turned upside down.

“Judging by the beneficial schemes given out by the government for women and children, I feel that women get preferential treatment as there are empowerment schemes like Aanganwadi and several health schemes including Mother and Child Tracking System, Indira Gandhi Matritva Sahyog Yojna, Conditional Maternity Benefit Plan, Rajiv Gandhi Scheme for Empowerment of Adolescent Girls etc because they are vote banks. In the recent elections, the women voter turnout has outnumbered men in many districts. But poor children are in no man’s land because they do not have voting rights,” she notes.

This year India has one distinct occasion to celebrate its lead over traditional rival China. It has been projected by no less than UN that India will beat China as far as population is concerned by 2023, much earlier than projected earlier thanks to their one child norm which has now been increased to two and women are even being asked to have three children with the proviso that they should be from official marriage. That’s a tricky issue and not many Chinese women are falling in the trap which means advantage India all the way.

The demographic challenge that this development poses for China will soon become the problem for the entire world as a UN report of 2017 on World Population Ageing has projected that by 2030, the population of elders would outnumber children under 10.

In India, the situation for the senior citizens (people above 60) is equally ‘rosy’. An analysis of the report of National Statistical Office (NSO) shows that from 2011 to 2021 while the average Indian population increased by 12.4 per cent, thanks to better health facilities and consciousness, the population of elderly increased by 35.8 per cent. By 2031, it will go up by 40.5 per cent.

How unwelcome are the senior citizens forced to stay alive without jobs, medical benefits, without pensions (95 per cent) was evident from the fact that when the government recently declared that it was doing away with the concessions given to them in the railways there was not even a whimper of protest from political parties as such.

It was a lone Varun Gandhi who said that doing away with these concessions was not fair when the parliamentarians and the MLAs and the other entitled citizens are still availing it.