Karnataka Chief Minister H D Kumaraswamy on Saturday responding to questions on portfolio allocation, said “Portfolios have not been allocated. There are some issues regarding portfolios, but it is not an issue that will pull down the government.” He also said, “I will try not to take up an issue as a prestige issue and try to solve a problem. Otherwise I will see. I will not stick to this post, leaving my self esteem.”

“State Congress leaders have to get approval from their central leadership, that’s the reason they are going to Delhi today. Once they come back cabinet expansion will happen smoothly,” he said. It has already been decided that Congress would have 22 ministers and JDS 12 in the new cabinet, he added.
Responding to a question on farm loan waiver, he said “I had already spoken to Congress leaders on the issue of farm loan waiver as I had to take them into confidence. I should also understand the financial situation before taking the decision. I cannot do it alone,” he added. 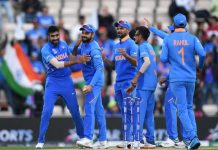