I came to know about his death in Doha via social media. We had last communicated just few days ago before a heart attack took him away from us. Anil Kumar Vijayan, a senior journalist, was my colleague in many newspapers when I was working in the Gulf. I was upset about his loss. More than that, I was concerned about his family — his wife and two college-going children — who live in a rented house in Mumbai. Now how will they survive?

Like me and million others across the world, Anil was the sole breadwinner for his family. The problems faced by single-income households are not hard to imagine. Each month, there is a queue of financial obligations like paying all sorts of utility bills, buying the family’s daily needs, fulfilling major payouts like mortgage and children’s school fees. These, obviously, do not include shelling out huge amount of money on sudden and unplanned expenses such as illnesses and accidents. Saving is the last word that comes to the mind when a person struggles to meet day-to-day needs with only one source of income.

In case of job loss or any mis-happening to the sole breadwinner, the family generally has nothing to rely upon. In most of the cases, the dependents suddenly fall from the lower middle-class bracket to the below-poverty line. Sadly, the number of such families is increasing for past few years. Around 60 per cent of households in India, as per the latest ‘Household Survey on India’s Citizen Environment & Consumer Economy’, have only one earning member. The Fifth Annual Employment-Unemployment Survey by the Ministry of Labour and Employment separately hinted that 77 per cent households do not have even a single regular wage/regular salaried person.

Had Anil been alive and returned to India, as he was planning to, he would have anyway struggled hard to find a suitable job to feed his family here. After all, beside a few big ones, most media houses work on the lines of unorganised sector, offering no job stability or financial security to their employees. Same is the case with majority of the firms in the so-called organised sector.

I finally checked with Anil’s wife how she will be managing things — particularly kids’ studies — after the demise of her husband. She said her brothers, who are settled in the US, have offered to bear their financial expenses. Good for her. But not everyone in India is lucky enough. The government needs to focus more on improving the condition of sole breadwinners and their families. Generating more employment can be the first step in the right direction. Finding ways to offer stable and secure jobs to the kin of sole breadwinners after their death should also be a priority. 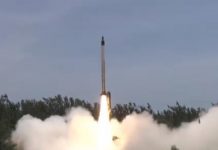 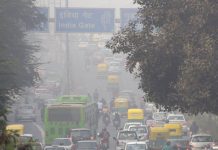