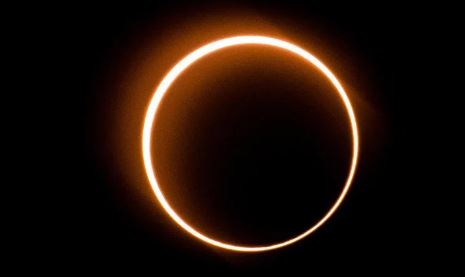 A rare celestial event, annular solar eclipse, popularly called as ring of fire eclipse is visible today. The first solar eclipse of this year takes place on the summer solstice, which is the longest day in the Northern Hemisphere.

When Moon comes between the Sun and Earth, the shadow falls on the surface of the Earth. The Sun is entirely covered by the Moon for a brief period. Those places that are engulfed by the dark, dense umbral shadow of the Moon experience the total solar eclipse.

In the regions that plunge into the soft diffused penumbral shadow of the Moon experience the partial eclipse. In all solar eclipse the Sun, Moon and Earth may not be perfectly aligned, and then we only have a partial eclipse. When the three celestial bodies happen to be in a straight line, we have Total solar eclipse.

At the onset of the solar eclipse, Sun gives a characteristic appearance of a bitten apple. A small part of the Sun is covered by the disc of the Moon. After that, slowly and steadily the disc of the Moon embraces larger and larger part of the Sun. On a narrow track that the Moon’s shadow traces on Earth during an annular solar eclipse, people can see the Moon traversing on the Sun and covering the central part. As the Moon is not able to block out the entire Sun, a bright ring of sunlight around the Moon will be visible. This is how this type of eclipse earned the nickname the “ring of fire” eclipse. 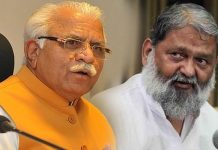 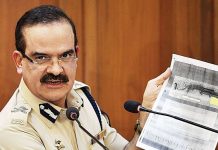