On a winter morning, the screen of my mobile phone lit up early. A WhatsApp message hung and I could read the excerpts, which winked at my torpid eyes mockingly. It read — “Happy Birthday…”. No, it was not my birthday; probably one of my friends was mistaken or meant to wish somebody else.

Why should I be happy for someone’s birthday, or rather feel unhappy? If ‘someone’ was alive and this message went to his or her inbox, it would have been ‘meaningful’. It’s utterly meaningless to wish someone’s birthday to somebody else and you could have been the victim of ‘mistaken identity’. People abuse social media in the grossest terms. After the infamous Paris attack, Fox News had mistakenly broadcasted that the Eiffel Tower paid a tribute to the victims of the attacks by switching off the lights. Actually, it was the normal 1 AM Darkness. Someone tweeted, ‘Wow, lights off on the Eiffel Tower for the first time since 1889.’ Double mistake. The lighting was installed in 1925. However, the wrong fact was re-tweeted 30 thousand times and almost the same number of people had liked it!

Let us enter the ‘meaningless’ world of social media more deeply and see what really happens there and how it keeps affecting our personal and social lives; moreover, our mental health.

Yes, I also belong to those billions of social media users; the majority of them do not know, they do not have the faintest idea, that actually they are making social media owners super-super-rich by getting addicted to those applications. However, people may argue, we can use them for free. Really? I do not think so. Nothing is free in this world. You need a device and internet connection to use any social media application. So, directly or indirectly, you have to pay for it. Majority of people believe it is free. But social media companies offer it for free because in return they get access to precious ‘big data’! This is the first step to the hotheaded ideas; and next comes the disguise. Social media applications disguise themselves as free and just make fools out of us and, finally, it becomes a nuisance to us.
It may become a menace to your privacy. It may turn you into Narcissus. It makes you less happy because after spending some time on social media people often feel like, ‘I have wasted my time. I have not achieved something.’ Researchers and psychologists have toiled for years, surveyed many people and found this simple truth. Studies by Christina Sagioglou and Tobias Greitmeyer in 2014 found that spending more time on social media was one of the root causes of our unhappiness. It was an old report. Present crisis seems to be more sinister. Elliot T.Panek, YioryosNardis, and Sara Konrath researched on the relationships between narcissism and social networking sites. They found it varies from one platform to another.

There are more complaints. The social media really blocks out real emotions. You may become a constant-attention-seeker. You hop from one social application to the other for getting more ‘likes’ or checking whether people have given enough attention to your ‘posts’. For you, ‘my posts’ become more important than ‘other posts’. You really do not know what is happening inside and how it is changing you. You are turning into a little dictator-in-your-own-world.

Every dictator is what you know very well. History has proved it. Only openness can save us from getting lost in the maze of different views. Social media, although disguising itself as an open mediator, actually closes your mind-doors. One after another; and that is more dangerous.

For a brief moment, let us forget about the adults’ concerns. Think about the children. They are our future. There are no points of repeating a host of reports that have warned of the negative impact of social media on children’s psychological health. For the last few years, these reports keep warning us constantly. Children and teens easily become victims of bullying. It exacerbates already worse situations that are pushing them towards the dark world of anxiety, depression and loneliness. It causes sleep problems. They adopt the vicious cycle of self-harming. Reports related to adults are equally pathetic. ‘GlobalWebIndex’ has published a report that says, at the end of last year, people were spending more than two hours on their respective social media applications and it affects many things — from productivity to their personal lives. It is a global average. It does not belong to a particular country; although, 62 percent of people living in North America alone have Facebook accounts and they spend a lot of time on it.

The technology giant Apple’s head Tim Cook recently said that he did not want his nephew on social media. You may find it ironic when someone like Tim Cook worries about another technological invention.

The root cause of any addiction looks very simple in nature. It is all about ‘feeling high’. Think about addicted gamblers; whether they win or loose, they keep playing. A flock of social media applications wheels overhead; it constantly reminds you that something might have happened in between. Before it traps you, please remember one thing — they want you to spend your entire time on them for one and only reason — they just use your presence for making more money.

It also creates a false world around you. Alone in your house, you start believing that you have millions of friends around the world. Is it true? If you fall sick, nobody will come and help you to reach the hospital. They will definitely show their ‘caring and real feeling’ by writing immediately on your social media wall. The attitude is like ‘share first, think later’!

We want to share any ‘interesting or unknown thing’ very fast. We do not care to check the veracity; we do not even care whether the receiver would find it interesting or not. We do that because we are competing with others to make us superior to anybody else — we want to say, ‘look, how knowledgeable I am!’. Sadly, most of our social media posts remain unread. Most often, people quickly scroll downwards; they do not waste their ‘precious time’ reading your posts. Within a fraction of seconds, they jump over and give a quick ‘like’, expecting that the recipient would reciprocate in due course. Constant mental calculations run parallel. This person never likes my post, so I will not give it a ‘like’.

People say extremely rude and insulting things and do not hesitate to abuse others. Troll or social-media-abuse is a major concern in every country. Taking full advantages of communicating in real time, extremists often misuse these
‘so-called-free’ platforms. No, we cannot blame social media for these occupational hazards. That is not our concern at present.

We worry about our mental health. Excessive use of social media is a serious threat in our time and we need to address it with patience and collective thinking. When everything goes out of hand and we start experiencing the terrible feeling of sadness, we do not want to say, “I knew I had been an idiot to stay addicted to a stupid thing”. 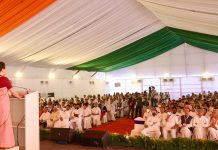 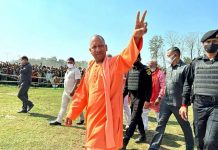