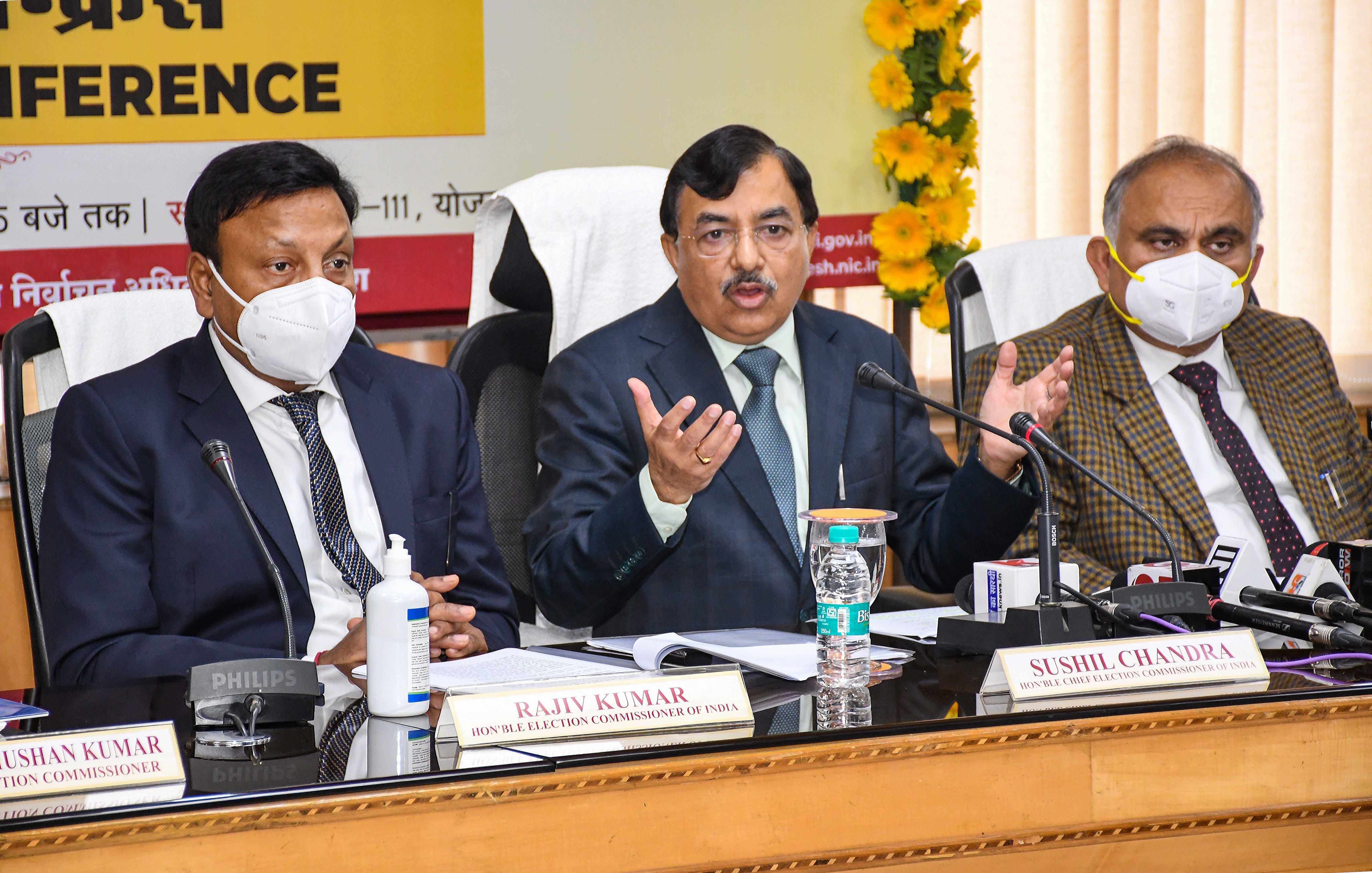 The Election Commission is in the eye of a storm for green signalling the elections amid looming third wave of Covid-19 . However, if blame has to be apportioned, it lies at the doorstep of the political parties, who want elections to be held on time.

If History were to repeat itself, then we, as a nation, could be in deep, deep trouble.

Rewind to 2021: the second surge took its toll but political parties were going full steam ahead, holding rallies to woo the electorate. Whether caution could have checked the spread remains a question mark but one thing is certain: the Government could and should have stepped in to hand hold the people and come to the rescue of those gasping for breath for want of oxygen. Many of those who died, their bodies were thrown in rivers simply because crematoriums were full-up.

A feeble defense could be that this was happening the world over so why single out India? Perhaps.

Equally, a question that then looked us into the face was: even if much was not possible what is the justification for an absent government? Decode this to where was the Narendra Modi government when there was a clamor for hospital beds and people were dying by the minute? Why was Prime Minister Modi missing in action when the people of this country needed him the most? Why didn’t he then lead from the front like he did during the thali bajao stratagem in the first phase of the pandemic?

If reports are anything to go by, then during the second surge Prime Minister and his team were busy addressing election rallies irrespective of the health hazards that were looming large.

This brings us to the Assembly elections held last year, particularly in West Bengal where the Modi government and the BJP pulled out all stops to vanquish the then Chief Minister Mamata Banerjee. That she triumphed as the proverbial Goddess riding a tiger is another matter.

Till the election frenzy was on, the Prime Minister was busy addressing one rally after another, letting down the people he had promised to protect.

In this context, it must be pointed out that people see Modi as a savior who can, if he wishes, turn things around. Unlike other Prime Ministers in the past, the only exception being Mrs. Indira Gandhi, Modi touches a chord with the people. So, when he went “missing”, during the Covid crisis and put elections above the well-being of the people, it was kind of a “let down” to put it mildly.

Prime Minister Modi and Union Home Minister Amit Shah were singularly targeted for paying too much attention to the campaign in West Bengal instead of preparing for the second surge.

This time around History is kind of repeating itself: Omicron is looming large; cases are rising exponentially and the threat of a third surge is more real than ever. In this sense, 2022 could be like 2021. And if we throw caution to the winds, as we seem to be doing, then it could spell disaster.

Politically, elections to five states have been announced; the frenzy has begun and if last time, it was a do or die in West Bengal then this time around, the prestige-battle is in Uttar Pradesh.  And like last year, the Prime Minister and his team are busy wooing crowds. Quite like last year, winning electoral battles gain supremacy over the well-being of those who vote in governments.

So here is the toss up: Elections or safety? Power or people? Rallies or a clamp down?

It may not necessarily be either-or but people’s health should be the determining factor in how far the politicians can or should go.

It is in this context that the Madras High Court’s observations in 2021 should serve as a warning as we step into 2022 with both elections and the new Covid variant closing in on us.

If last year it was the Madras High Court, this time around it is the Allahabad High Court that had asked the Election Commission to either consider postponing elections or banning political rallies due to the threat of Omicron.

It is perhaps in this context that the people were questioning the Election Commission’s deep slumber? While this may be an unfair observation, the fact remains that the people want to see a proactive Commission which should step in and put people’s interests above political considerations. The stakes may be high but when people’s lives are at risk as they are since the virus gripped India, then one must do what it takes to ensure that History does not repeat itself: in other words 2022 should not be as deadly as 2021 was.

Of course, studies have indicated that Omicron is milder than the Delta variant but that is not a good enough reason to let our guard down.

Therefore, election rallies that were being held till recently, were seen as the super spreader and politicians addressing them as the villains.

In this context it would be unfair to single out the BJP or Prime Minister Modi because blame must be apportioned on all political parties put together. On this count, they are as thick as thieves.

The Election Commission, however, has imposed a short-term ban on physical political rallies and roadshows even as it announced a seven- phase elections to the five states beginning February 10 through March 8. The states that go to polls include Uttar Pradesh, Uttarakhand, Punjab, Goa and Manipur. The counting of votes would be on March 10.

Even while the Commission has come out with stringent guidelines, it is in the eye of a storm because of its lackadaisical attitude.

For starters, its statement that “all parties told us that elections should be held on time” did not go down well. This was in context of the possibility of the elections being postponed because of the third surge.

A knee jerk reaction to this was: “Is the EC subservient to what political parties are saying or does it have a mind of its own”? Though a bit of a stretch, the question is legitimate as is the fear of Omicron turning lethal.

Given the fatalities in the second surge, insecurity has gripped people. Hence, politicians and EC are in the eye of a storm: politicians because they threw caution to the winds and the Commission because it took its time to announce a clampdown on rallies.

Like they do in the case of Courts, people look up to the Commission for fair play and if there is an iota of doubt that it is towing a line, particularly of the ruling dispensation, then its credibility is under a cloud.

Having said that, this is not the first time that the Commission’s acts are under scrutiny. Fingers have been pointed at it in the past.

Last year when the Commission finally did move in to cap attendance at rallies to a mere 500 people, many dismissed it as “too little too late”. Critics slammed it on grounds that remedial steps were taken only after BJP’s announcement that Prime Minister Modi’s campaign in West Bengal had concluded.

However much one may wish to deride the EC, on the issue of postponing the polls, its hands were tied. Postponing elections could pose a Constitutional crisis given that every state assembly has a fixed term. Once that gets over the House stands automatically dissolved. Expert opinion has it that extending the term of the House would be a violation of the Constitutional mandate. It cannot be done except in an emergency declared by Parliament in case of a war or breakdown of law and order. 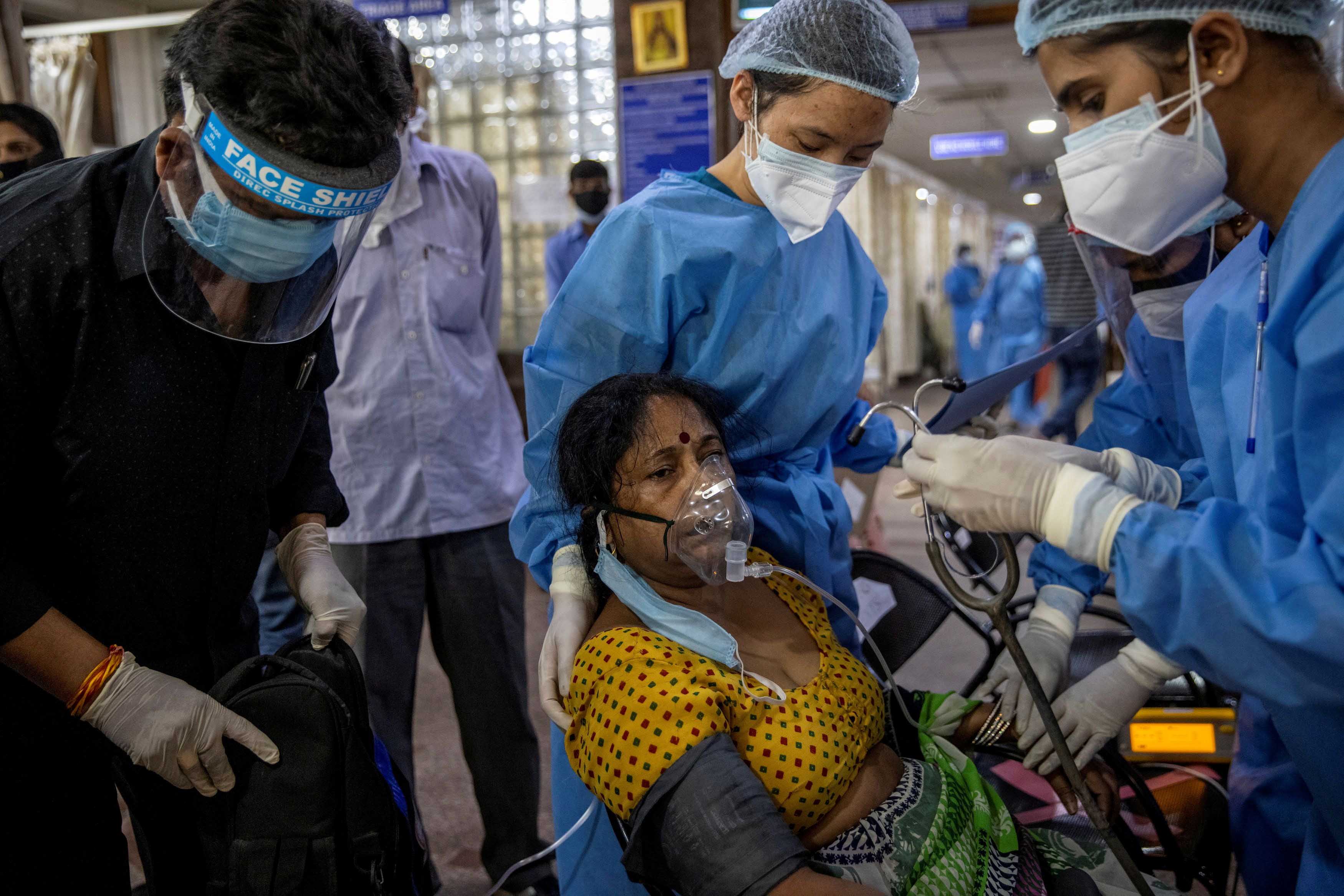 People may ask whether a health crisis like Covid is less than an Emergency situation? The question is valid but the solution is in the hands of all political parties because it is their MPs who have to use the Parliament route to declare the Covid crisis to be an Emergency. Since the EC is on record to state that political parties were in favour of having the polls as scheduled, the option is ruled out.

Even while the pitch is identical, the reasons are dramatically different:  the BJP wants to cash in on temple politics and make the most of the frenzy by riding high on Ram temple construction in Ayodhya, Kashi Vishwanath corridor and more recently a temple in Mathura. Like always, it feels that Prime Minister Modi’s charisma and popularity will ensure a smooth sail.

To counter the Opposition on the Modi government’s failures during the second surge, the BJP will hammer the successful vaccination drive and the enviable numbers achieved. If numbers are anything to go by, India’s vaccination drive is the biggest in the world under Modi’s leadership.

The Opposition’s calculations are that it can take on the Modi government on fuel-price hike, farmers unrest and the economic distress caused by the pandemic among other issues.

While BJP wants to cash in on the narrative it has built up in recent months, the Opposition wants to focus on governance failures which it feels could cloud the charisma plank that BJP is busy flagging. Hence delaying polls could be politically counter- productive because it could rob the Opposition of issues that are currently relevant.

As for the EC, it is a tight rope-walk. It has in the past, issued guidelines but the purpose was defeated because they were not effectively implemented. Politicians continued to violate them at will. It is in context that there are charges of EC bending rules or looking the other way to accommodate consequential leaders.

Now that elections are announced, it is incumbent on the EC to ensure that guidelines are adhered to.

Chief Election Commissioner Sushil Chandra has stated that strict action will be taken against violations but this is like replayed music fallen on deaf ears. Even while it has advised digital canvassing, it is easier said than done. It is, to say the least, a double-edged sword: for one it robs parties of a “ground feel advantage” that is crucial for elections. As against this, it sure ensures protection and safety from the highly contagious virus.

So, at this point the question the stakeholders, mainly the EC, the government and all political parties put together, need to ask themselves: Is garnering votes more important than human lives? The political answer is likely to be in the affirmative but ask the people and they are likely to be against a jamboree.