The game of cricket and the image of a great cricketing nation, Australia, have been severely dented by the acts of the Aussie players during the on-going Test series against South Africa. And that image-dent is unlikely to be repaired soon following what seemed at first like a questionable quantum of punishment announced by the Cricket Australia’s (CA) chief executive, James Sutherland against three players involved in the ball tampering scandal in South Africa-Skipper Steven Smith, Vice Captain David Warner and rookie opener Bancroft who have been served a 12 month ban .
What seemed even more shocking than the leniency shown to the players is the certificate of moral courage issued by Sutherland to Steve Smith. Announcing the quantum of punishment, Sutherland said, “There was courage in (Steve Smith’s) admitting the guilt.” Sadly, the players never admitted their guilt on their own and in fact kept denying it when questioned by the umpires. It was only when the television footage began to be played and replayed and replayed again on the large screen on the ground itself that the Aussie captain and players were forced to confess.

When the umpires saw the footage on the screen and asked Bancroft what was going on, the Aussie opener produced a black strip of cloth, kept as a standby on purpose, and showing it to the umpires, claiming that this was all he had. Vice captain Warner and skipper Smith stood by, denying the tampering of the ball. But when more images appeared on the TV, someone from the dug-out apparently sent a message to the players to hide the offending yellow strip. That “someone” is believed to be the head coach, Darrel Lehmann.

The cricketing storm has already soiled the image of the entire Australian nation, forcing their Prime Minister Malcolm Turnbull to make a forceful official and political intervention. The Prime Minister’s words were seeped in emotion and his tone had profound diplomatic wisdom. This fully reflected the mood of the nation: “This has been a shocking affront to Australia,” he said,adding, “How many of us as fathers and mothers have had children who have looked up to the Australian team, who have looked up to their role models, their idols.”

Turnbull said that cricketers as role models enjoy respect and love far higher than political leaders in the country.
Seldom , if ever, has the Prime Minister or the President of a major nation felt so compelled to speak with such passion on something concerning only sports. The Aussie Prime Minister has clearly realized that at stake is not just the question of playing cricket according to the rules of the game. It is an issue involving public morality and national character.

In the background of Turnbull’s strong statement, the one-year ban announced by CA, and that too against only three players is likely to raise more questions than it will answer. Smith had said in his presser that the plan for tampering the ball was prepared by a group of “senior team leaders.” Who are these team leaders? Did Smith mean only Warner and himself as “leaders”? What about the coach? Even if we believe Sutherland that the coach Lehmann did not know about the ball tampering plan and got a wind of it only when things began to unfold in front of the cameras on the field, did he at any stage call the players in for an explanation? Did he at any stage inform CA of what had actually transpired? If yes, what did he tell Cricket Australia about the incident? Was he supposed to just look the other way even after the scandal came to his notice?

Finally — and most importantly — how much can Cricket Australia be trusted? Is their conduct any different from the conduct of the players themselves? The players tampered with the ball but the CA it seems is tampering with truth. it wants us to believe that only three players were involved in the cheating and tampering with the ball to help the Aussie bowlers to “reverse” it. Now, are we to believe that bowlers for whom the ball was being readied for ‘reverse swing’ were not even aware of what was being done for them and in their name? How could they be expected to make the best use of the tampered ball if they were not even aware that it had been tampered and which side of the ball had been tampered and how much? Even the answer is that the bowlers would actually have used it merely by looking at the ball, even then does it convince anyone that the soldiers for whom the cannon was being readied were kept in the dark about the kind and quality of the cannon?

More likely, Cricket Australia tried a “reverse swing” on the public at large and they are tampering with information even more brazenly than the players tampered with the ball.

Sutherland’s clean chit to the head coach Darrel Lehmann apart, his observation that this was the only instance of the Aussies indulging in this kind of cheating beggars serious questions. What about Steve Smith’s “brain fade” while seeking help from the pavilion for a DRS request? And why is everyone, from Kevin Pieterson to Stuart Broad, pointing out that the Aussies routinely reverse the ball “in a way that is not ordinary?

On an earlier occasion in which Smith had been found guilty of an obscenity rant against the New Zeland cricketers and the umpires, he had “I’ll cop that on the chin and I need to be better as a leader. For me it’s about trying to learn from my mistakes and improve.” Smith obviously forgot the lessons he had learnt there.

But to be fair to Smith and his players, they have made a clean breast of the sin they committed in a moment governed by insane destiny. It must be remembered that these are not the only players to have indulged in this sort of unfair tactics. Others have been found guilty and many more may have just gotten away with it.

While deciding the final quantum of punishment that Smith and co must be handed down by the Cricket World and more importantly, by us, the people, we must keep in mind the tremendous services this iconic cricketer has rendered to Australia and to the game. And we must also remember that all three players have offered emotional public apologies and have been seen to be going through a period of acute trauma. Smith has cried his heart out at the press conference and has offered no excuses. All he has sought is an apology. Similarly, Warner and Bancroft have tendered the sincerest apologies and coach Darrel Lehmann had owned moral responsibility for the culture of the team and has decided to step down voluntarily, despite being cleared by Cricket Australia.

And now it is up to us — you and me- to forgive these players forever. It will be good to remember that none of us is a saint and all of us have at one time or the other been guilty of conduct which cannot be called honest — conduct far worse than these players have been found guilty of. We may not have been caught cheating but that doesn’t make us saints. And we have never done what these players are doing — offering apologies for our conduct.

Having stripped Smith of the Australian Captaincy, openly dubbing him guilty of cheating, Cricket Australia’s best course now would be to look beyond the moment and to keep the doors open for all the players to be allowed to make amends for their guilt. As Kevin Peiterson has said, “All of them deserve a second chance. They are god guys caught in a bad place.” The holier-than-thou self-righteousness is all very well but at stake is not just the career of three great players but also of our own ability to forgive and move on. We are people with families and many of us of have children who can commit sins far worse than Smith and his team mates have committed. It is best to allow these players to serve out the sentence of one year during which they and their families would be going through the worst kind of mental agony. “Let him who has never sinned cast the first stone.”

(The writer is a former cricket commentator) 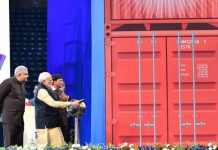