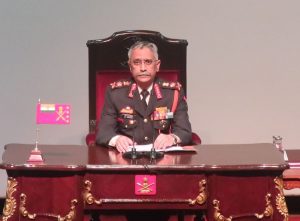 Army Chief General MM Naravane, who is in Ladakh to review the situation at LAC, said that India is continuously engaging with China at the military as well as diplomatic level but the current situation at the LAC is tense. Naravane said that we are very sure that the differences will be resolved through the medium of talks and we will ensure that the status quo is not changed.

Naravane said that precautionary measures have been undertaken along the LAC for the safety and security of Indian troops.

He also said that the morale of the soldiers in the region is high and they are ready to tackle any situation.

India and China are engaged in a standoff since April-May. On the night of 29/30 August 2020, the Indian Army thwarted an attempt by the Chinese PLA to change the status quo on the Southern Bank of Pangong Tso Lake in Eastern Ladakh. Brigadier level talks were held after that but it remained inconclusive.