ON HINDSIGHT, it wasn’t perhaps the best of ideas. In the most galling of attacks, terrorists had stormed Parliament just 14 days earlier and, for the while it lasted, the nation had held its breath in sheer horror. Undeniably, a group of radical-looking Muslims gathering so close after that crime would be vulnerable to police suspicion. But little could these 124 Muslims have imagined what was in store for them in the years to come when they gathered on December 27, 2001 at Gujarat’s port city of Surat.
A well-known Muslim organisation called the All-India Minority Educational Board had called participants from across India to attend the 8th Seminar on the “Constitutional Provisions for Minorities’ Educational Rights”. Its mandate was to discuss ways to harness constitutional provisions to help economically and educationally backward Muslims. The first topic of discussion was “The Role of Minority Education in Promotion of National Integration”. Also to be discussed were the “Contribution of Sir Saiyed [Founder of Aligarh Muslim University] in the Educational Field” and “Social Service and its Education in India”. The motley group included authors, teachers and scholars, as well as religious leaders. The meeting was to begin the next day and last two days.
All the 124 participants had gathered by the night of December 27 at a well-known cinema hall-turned-wedding venue in Surat called Rajshri Hall, also a favourite with the likes of Rotary Club. As they prepared to lie down on their beds, policemen came in and arrested them. The police seized a banner of the organisation, a few copies of the programme and the papers that some participants were to present, etc. It also claimed that it seized “unlawful material” such as SIMI receipt books.
The FIR alleged SIMI had called the meeting and the participants were hatching a conspiracy. SIMI had been banned three months ago, so it was easy to bring a host of charges of “unlawful activity” against them. It didn’t matter that nearly every one of them was much older than the upper age limit of 30 years for SIMI’s membership. The next day, a local judge packed off the 124 to police custody for 14 days. Later, they were sent to jail in judicial custody. Bail was denied. All hopes for bail died when the Sabarmati Express caught fire at Godhra on February 27, 2002, and the macabre killings of Muslims began in Gujarat.
ZIAUDDIN SIDDIQUI, the pharmacist from Aurangabad in neighbouring Maharashtra, is an accused in this case. He spent 11 months in the Surat jail. First, five people managed bail in October 2002. Then Siddiqui and 85 others got bail on November 20 that year. This bail order, by Gujarat High Court Judge DP Buch, was a scathing comment on the police case. It said: “It is not much in dispute that incriminating materials have not been seized from the personal search of the petitioners of this petition.”
Still, the court ordered every accused to appear at a Surat police station every Sunday. As all the accused, save five, were from outside Surat, they would have to travel to the city every week. The bail order said if a petitioner absented himself twice in a row from the trial court, then the bail “shall stand cancelled without any formal order of the Court”. Passports had to be surrendered. Over time, the accused have been exempted from visiting the police station. The Supreme Court later relaxed the condition on personal appearances at the trial and rejected automatic bail cancellation saying due process of law will have to be followed if bail already given has to be cancelled for some reason. 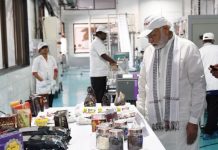