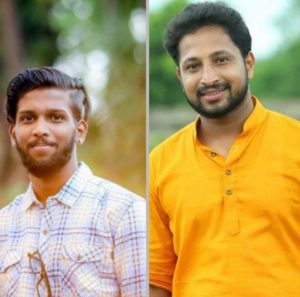 The Youth Congress has called for a dawn-to-dusk shutdown in Kerala on Monday after two of its workers were hacked to death by unidentified assailants in Kasaragod district on Sunday night. The congress workers were attacked when they were returning home on a motorcycle after attending an event nearby.

The deceased were identified as Kripesh and Sarath Lal.

The Congress alleged that CPI(M) activists were behind the attack. The police said they have launched investigation into the matter.

Calling the murder “brutal”, Congress president Rahul Gandhi tweeted his condolences for the families of the victims.

“The brutal murder of two members of our Youth Congress family in Kasargod, Kerala is shocking. The Congress Party stands in solidarity with the families of these two young men & I send them my deepest condolences. We will not rest till the murderers are brought to justice,” Rahul tweeted.

“We strongly condemn the murder of two members of the @IYC in Kerala. Our thoughts and prayers are with their family & friends in this time of grief. The Congress party stands with them and demands that the Govt. bring the perpetrators to justice,” Congress party tweeted.

Shashi Tharoor took to his twitter account and tweeted, “Shocked by brutal murder of two @IYCKerala activists, SarathLal & Kripesh, in Kasargod. Politics of violence practised, esp. in N.Kerala, by the @CPIMKerala, has crossed all limits. It is well past time for @vijayanpinarayi to rein them in. I share the pain of the boys’ families.”

“Strongly condemn the brutal killing of two @IYC members in Kerala’s Kasargod.Political murders are unpardonable & reprehensible. My deepest condolences to their families. Congress shall continue to force CPM Govt in Kerala for action,so that perpetrators are brought to justice,” Surjewala tweeted.

However, CPI(M) district secretary M.V. Balakrishnan denied any role of his party in the killings. “We strongly condemn this murder. We are against murderous politics. We don’t have any role in this,” he told media persons.