Mumbai : Former India coach Ravi Shastri has called young batter Shubman Gill “one of the finest talents in world cricket”, someone who is tailor-made for the game’s T20 format because of his wide range of strokes.

Gill, 22, who is playing for Gujarat Titans in the IPL, is using the ongoing season as an opportunity to make the Indian team for the ICC T20 World Cup in Australia.

Speaking on Gill’s performance in the early stages of the tournament, Shastri said on Star Sports’ Cricket Live, “Gill is one of the finest talents in the country and in world cricket, to be honest. If he gets going, he can score big. He makes it (batting) look easy when he’s set.

“He’s got the punch, he’s got the time, and he’s got the power to clear the ground. He’s just made for this format of the game. It’s just his shot selection, his rotation of the strike which helps him take the pressure away.”

Gill has impressed with his game in the ongoing IPL and looks set to play a few influential knocks in the coming weeks. “He’s the guy who’s capable of putting bad balls away. Very good on the short ball and the short-arm jab,” Shastri said.

“Early stages in the tournament, good batting tracks, you get to your highest score, you’re playing for a new franchisee, it can only boost your confidence.

Bias in housing adds to woes of India’s singles 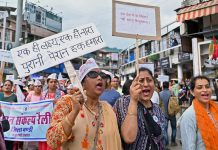