Hours after landslide victory in Delhi Assembly elections, the Aam Aadmi Party claimed that shots have been fired on Tuesday night at party MLA Naresh Yadav while he was returning from a temple visit along with the volunteers.

One party volunteer died due to bullet injuries and another volunteer injured in the attack, AAP said on Wednesday.

The injured in the incident was admitted to a hospital for further treatment.

“Shots fired at AAP MLA @MLA_NareshYadav and the volunteers accompanying him while they were on way back from temple. At least one volunteer has passed away due to bullet wounds. Another is injured,” AAP tweeted.

“Volunteer Ashok Mann has passed away in the attack at AAP MLA @MLA_NareshYadav Today we have lost one of our family member. May his soul rest in peace,” AAP added.

Police have registered an FIR in the case. 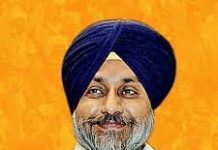