Marathons might soon be a Rs 100 crore industry. A remote Maharashtrian camp is training rural youth to run their way to freedom, finds Aastha Atray Banan
[wzslider]
JAYSHREE SHIVSHANKAR Boragi, 20, runs lap after lap after lap through the stones and brush in the dried river bed. A small dust cloud trails at her quick feet. This lithe girl from Kolhapur in Maharashtra beat 1,600 runners to win the Standard Chartered Mumbai Marathon 2010 in the 21 km category. The marathon awarded her more than Rs 80,000 for the effort, while her training programme, the Sagroli Sunrise Project, gave her Rs 1 lakh. The firstyear night school BA student likes to read motivational books like Badi Soch ka Bada Jadoo. Jayshree takes marathoning seriously.
Jayshree’s father died when she was three. Her mother Madhavi took up his job as a Public Works peon — and now won’t touch her daughter’s earnings, even while barely managing her tworoom home’s rent. Jayashree credits her focus to her mother, saying, “She doesn’t even let me help in the house. It’s all about my running. I have to first win the 42 km run [full marathon] and then start training for the Olympics 2016.”
Jayshree is typical of the new aspirants driving the burgeoning Indian scene. Athletics Federation of India (AFI) officials estimate that marathon sponsorship has the potential to be second only to cricket in India. Races have mushroomed across the country: the Pune International Marathon is the country’s oldest and has completed 24 editions. The country’s annual running calendar is now packed with more than 25 long-distance races in the four metros and smaller cities. The Mumbai Marathon started with 1,000 runners in 2004 and clocked 38,450 runners in 2010. “It’s the largest in Asia,” says Mumbai Marathon’s Deepak Pilankar. “It attracts many celebrities but 80 percent of runners belong to the middle and lower classes.” Newspaper reports might lead you to believe that marathons are mainly the picture-perfect realm of the Ambanis and Preity Zintas, but count in executives, homemakers, students — everybody likes a good run today. India has also had some unusual homegrown champs: 4-year-old Budhia, sold by his mother in Orissa in 2006, who once ran 65km at a stretch and whose coach was accused of exploiting him; 90-year-old Fauja Singh, a world record holder in his age bracket, was featured in an Adidas campaign alongside David Beckham and Muhammad Ali; Ashis Roy, who ran his first marathon at age 52, and at 76 completed his 85th marathon in New York.
IN THIS SPIKING scenario, the Sagroli Sunrise Project — a Maharashtrian organisation offering running programmes for rural youth with cash rewards for excellence — has emerged as an unexpected hotbed of talent. Its runners wowed the Mumbai Marathon this year. Alongside Jayshree’s coup, Sunrise runners bagged fourth place in the women’s half-marathon and four of the top 10 ranks in the men’s half-marathon. Part of the Sanskriti Samvardhan Mandal (SSM) — a rural empowerment initiative — the project currently provides 33 runners free education, boarding, lodging and training until class XII.
Sunita Kannaram, 16, is one such runner who came fourth in Mumbai. Her mud house in Khajapur, Andhra Pradesh — no wider than two coffins — is packed with neighbours who’ve come to see her on one of her two annual visits home. Running has taken her to the world outside — she now lives in Sagroli village, across the border, and says she loves beating boys at kabaddi.
Since Sunita’s father died, her sister Sridevi stitches clothes and mother Saraswati works as a field labourer. Their hopes now rest firmly with Sunita. “She can earn more with running than we can doing anything in this village,” says Sridevi, who dropped out after class V. In shorts and a little t-shirt, Sunita alternates between smiling like a child and frowning at all the adulation, then rushes back to school for an English exam. The road back is flanked by jowar crops, and in Sagroli it suddenly opens up into a massive ground — this ‘training track’ is not the usual neatly swept landscape common in the West. This team manages fine blistering through the local thorn bushes, pointy gravel, river beds, equally at ease with the mossy underfloor of forests or the crumbling floor of a hillside. “Training starts at 4pm,” calls out Sunita on her way to tackle her fear of verbs and nouns.
The school itself is an impressive sight in the middle of the badlands. Founded in 1959, the SSM runs an orphanage, a high school and a sainik school on a sprawling campus. It’s home to thousands of boys and girls. The Sunrise Project was initiated in 2004 by entrepreneur Deepak Kanegaonkar, who felt local students have the bodies and stamina for marathons. “They’re used to walking long distances and have the desire to do something, and frankly that comes from being underprivileged – that itself is their strength,” he says. Momentum came when, three years ago, Carlton Pereira, an ex-investment banker from Mumbai, and Sudhir Rao of IndusAge Advisors, Chennai pledged financial aid.

‘Sunita can earn more with running than we can doing anything in this village,’ says her sister Sridevi

Money lubricates the runs. The AFI estimates marathon running to be a business worth Rs 10-25 crore today and expects it to hit Rs 100 crore in 10 years. Both athletes and amateurs run for the money — the 2010 Mumbai Marathon offered about Rs 1.4 crore in total prize money. Some run for social causes and prize money is donated to NGOS. IndusAge reports that the Sagroli Sunrise Project has spent around Rs 40 to 50 lakh since inception for medical aid, travel, protein-rich diet, sports kits, endless running shoes, and its two coaches. Pereira, who’s also planning a gym in Sagroli, says, “The project is about levelling the playing field for the underprivileged. They’re educated along the way, so even if they don’t become champions they can be financially independent.”
The project plans to launch centres in Nashik and Kolhapur, participate in AFI and private marathons, and help all its athletes who finish school get either a job or college education. However, Deepak Bapukumbhar, 23, only hopes his running will at least feed his family — he quit school to pursue running and came 6th in Mumbai. The potter still makes Ganesh idols with his mother in his one room in Karochi, near Kolhapur. “Running is the only way I’ll make a living, but only if I’m one of the best. And only a good coach can make me an international athlete,” he says, glancing at his coach, Pandurang Ishwar Maskar, who only nods sagely in the distance.
Coach Maskar, 65, divides his time between Sagroli and a college in Kolhapur. He likes playing cinematic slave driver — the team watches every flick of his eyes, discreetly topping his teacup, touching his feet before warm-ups. Despite his quick temper, the team seems to esteem him. Maskar believes his scientific approach has been key to their success: “It’s all about training the right way. An athlete can’t take a break of even one day” — daily training from 5 to 8am, then a breakfast of raw eggs, followed by school, then back at 4pm to warm up, stretch and run again for 1.5 hours. The kids hurl faster when they hear Maskar’s booming voice or whistle. After training, the curt old man holds court in a chair with the team standing around him. Later, they mill about and help each other stretch again, gossiping about school and movies.
The marathon runner’s patience is not mythical. Take Rameshwar Govindrao Chidgire, 20, once touted as the next big thing. He didn’t manage a place in Mumbai this year and now suffers from being sidelined — and yet has kept the faith. He says softly, “Everyone’s timing has improved since coach took over.” Along with the optimism there are always the doubts about stamina, injuries and competition — especially from Kenyans and Ethiopians. Jayshree’s mother laments that she sees her daughter only a few days in a month, “Running is such a rough sport. But I have to let her go if I want her to do something concrete with her life.”
It’s getting dusk. Evening practice is just ending. New York City Marathon co-founder Fred L ebow once described the marathon as a “charismatic event” — equal parts competition, drama, camaraderie and heroism. The Sagroli kids understand this intimately even if they can’t quite articulate it. Sunita puts it as her discovery of Mumbai when she first arrived there: “It’s just such a grand city.” It won’t be her last visit. Watch out when Sangroli sets them all loose again. 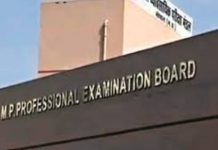