The news of the horror of the Dadri lynching has travelled far and wide and stirred up many debates in the media across the country. Such was not the case when the NDA-led government criminalised everything to do with beef across north Indian states. This criminalisation is being called by many, as the root cause of the murder of 52-year-old Mohammad Akhlaq by a communally charged mob in Bisada village in Dadri. How does one protest when a government criminalises the staple diet of a people?
How does one protest when a mob kills a family, suspect of eating the food of their choice? Far away from Dadri, college students in Kerala have protested against Akhlaq’s murder by holding beef festivals in college campuses. The state of Kerala has no regulation on cow-slaughter and the consumption of beef; so ideally, there should have been no problem in conducting the festivals. However, in the last week, there has been a series of attacks from right-wing groups upon students involved in conducting the festivals.
On 1 October, the Student’s federation of India (SFI) unit of the Sree Kerala Varma College, Thrissur, a government aided institute, conducted a beef festival on campus. On the day of the festival, students of the Akhil Bharatiya Vidyarthi Parishad (ABVP) entered the venue and openly opposed the festival. This led to a clash between the two political parties from the campus. Several students were injured in the violence and had to be admitted to different hospitals in Thrissur. The situation got more out of hand when someone set the college union office on fire the next day. The SFI has blamed the ABVP for the incident.
The college authorities too, have opposed the festival. Soon after the incident, six students, all SFI members, were suspended from the college based on the findings of the college disciplinary committee. According to the management, the students were suspended for violating college rules. On being asked about the incident, the first thing that CM Latha, Principal of the Kerala Varma College, tells Tehelka is that non-vegetarian food is not allowed inside college premises. She cites the presence of an Ayyappa temple in the campus for the ban on non-veg food.
“College authorities are not against the students’ right to protest,” says Latha. “However, since the time when the Kochi Maharaja handed the college to the Cochin Devaswom Board in 1947, the latter has been particular that vegetarianism be maintained in the college. Therefore, the management is particular about not allowing non-vegetarian food inside the campus.” A senior college student is amused after hearing her principal’s words. According to her, “Students have always brought non-vegetarian food inside the campus. We have had beef and other non-veg items in many programmes earlier.”
According to KS Rosselraj, SFI district secretary, Thrissur, these new excuses that the college authorities have come up with are clear indicators that they are afraid of the BJP and the RSS. “The Ayyapa temple explanation is also just an excuse. Up till three years ago, it was only a small space where students would light a lamp during the annual pilgrim season.” He adds that the SFI will continue to conduct more such festivals in order to fight against the fascist attitude of the ABVP and the RSS inside the campus.
TEACHER TARGETED
It is not only the students who have been targeted for their cultural campaign by the college authorities. Faculty member Deepa Nisanth, a Malayalam lecturer, has had to face the heat for a post she made on Facebook regarding the issue. Rossel alleges that the college management was forced to target the lecturer by the ABVP and the RSS. In her post, Nisanth, a writer and social media activist, had expressed solidarity with the protesting students. Her post reads as follows: “I strongly disagree with the opinion that educational institutions should be like temples. I saw many demanding that action should be taken against teachers supporting the beef fest. I wish my name would be right on top of the list of people to be ousted. I support strikes that are necessary for the times.” 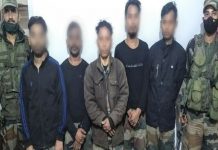