The new plan is aimed at addressing the city’s development needs in accordance with the increasing population. However, there are concerns over the plan’s alleged failure to address the specific development requirements for hilly topographies. A report by Aayush Goel

Shimla, the Queen of hills after evolving and developing the same way for over 43 years has now got its very own ‘The Shimla Development Plan, 2041 (SDP41). Aimed to contour the city’s development in accordance to increasing population, smart city requisites and metro needs, the plan however is facing a huge resistance.

Various quarters have snubbed it for failure to address the specific development requirements for hilly topographies as well as Shimla’s rich architectural heritage. The SDP41 that was introduced by the Jai Ram Thakur-led BJP government in April 2022 was struck down by the National Green Tribunal (NGT) the very next month in May. The plan has earned the ire of the environmentalists who even moved the NGT that went ahead staying the plan. The government challenged the stay in High Court saying NGT does not have the jurisdiction to pass orders in matters that do not fall within the purview of forest, water and environment-related enactments. As the legally tangled plan has become the biggest political issue in the state bound for elections, Himachal Pradesh’s biggest city Shimla continues to be stuck in time.

Built by the British in the early 19th century, the town of Shimla had one of the first municipalities in the country, dating back to 1851. Until Independence, the town was guided mostly by British architectural laws and stood stagnant. After Independence, Shimla was run by several different governments. It was first the capital city of the East Punjab province and, after the formation of the state of Himachal Pradesh in 1971, it became the state capital. The city got its interim development plan in 1979. Today it’s the biggest city of Himachal Pradesh that has a population of nearly 3 lakh according to SDP41. Situated at a height of 2,276 metres above sea level, the city is expanding haphazardly horizontally by the day and struggling to accommodate more and more people. The draft plan pins its floating population at about 85,330 as of 2021. The number of houses, commercial establishments, vehicles, hotels and tourist influx has increased. Ironically however, since the last 43 years the infrastructure has been based on an interim development plan formulated in 1979. The lack of monitored development has brought Shimla to the brink of catastrophe. The city is in dire need of a development plan but the recently announced SDP41 apparently fails to fit the need.

It proposes four satellite townships at Ghandal, Naldehra, Fagu and Chamiyana to decongest the capital town.·

Development of heritage walks, walking/running trails and sky bridges in the core area.·

To ease traffic congestion, SDP41 proposes a non-motorised transport system. This will include integration of ropeways and rapid transport system development. Launch of heli-taxi to promote tourism.·

Enhancing residential land use from 5.51 to 12.15 per cent to accommodate the population increase. Of the developed area, the residential area has been increased from 56.44 to 63.25 per cent.·

Commercial land use has been provided in the form of mixed land use, along with the main roads, which has been increased from 3.99 to 9.36 per cent.·

The area under industrial use has been increased from 0.15 sq km to 0.24 sq km which is 0.51 per cent of the total proposed developed area.·

The area under public and semi-public use has been increased from 1.15 to 1.39 per cent based on the identification of government land available in the SDP41.·

Additional area requirement at the rate of 120 persons/hectare: 2,789   hectares·

What raised the greens’ hackles 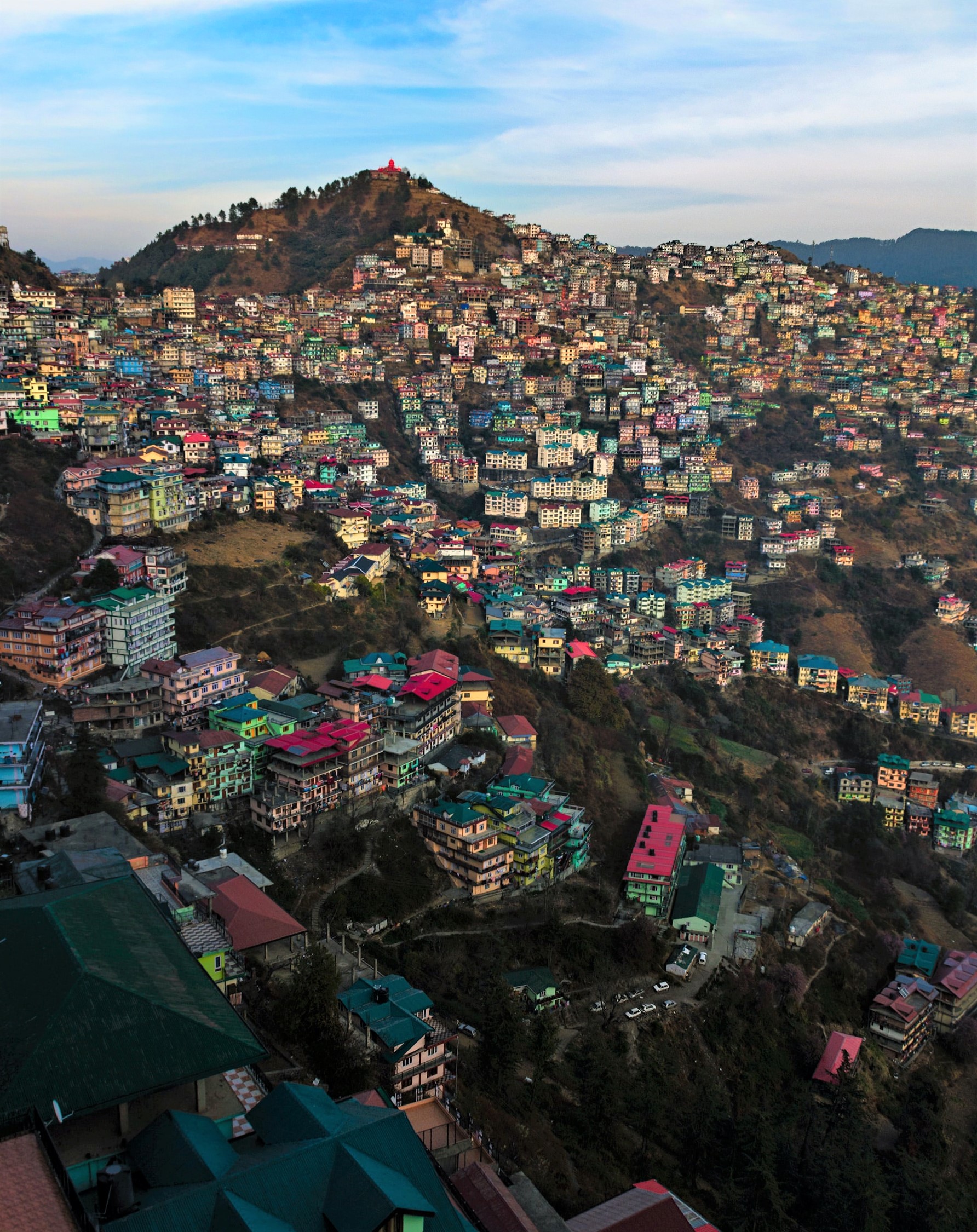 SDP41 has earned ire for not sparing a thought for ecology. It allegedly fails to talk about dealing with risky slopes, fragile assets like water tanks or deteriorating ecological balance.·

Tikender Panwar, former deputy mayor of the city and an urban planning expert says the current draft of the plan is a damp squib owing to “lack of understanding” and “populism” of the current ruling party. “90 percent of Shimla is built on risky slopes but this has not been taken into consideration while making the development plan. The new plan has no scientific basis as it randomly allows construction activities in core, non-core and green areas,” he explained.

Ecologist Yogendra Mohan Sengupta, on whose petition the NGT imposed a stay on the implementation of the new plan, says Shimla is a high risk zone as it is built on steep slopes of 60 degrees and above in many areas. “Several experts have recommended immediate decongestion of the city to mitigate human loss in case of disaster be it of earthquake or flash floods. The town has exhausted its carrying capacity and falls in seismic zone IV and V. The people are already living under the threat of disaster. The new plan is allowing construction and modifications in sensitive and fragile core areas like The Mall and Ridge which will unleash the ultimate destruction for the town. Plans like a new tunnel from Lift to Lakkar Bazar will prove to be suicidal as it would threaten the water tank. If broken the 10,000 gallon water tank shall submerge the entire town and risk lives of at least 20,000 people in the immediate vicinity as the area is already the centre of a huge and growing sinking zone and are showing high soil erosion. One can’t imagine the scale of disaster here,” said Sengupta while speaking to Tehelka.

Why the green tribunal imposed a stay

On May 12, 2022, NGT stayed the implementation of the Shimla development plan 2041. However, it was not the first time that the city’s poor condition was on the radar. The NGT stayed the plan observing that the new Shimla development plan was in violation of their November 17, 2017 order. In November 2017 the NGT prohibited new construction of any kind – residential, institutional and commercial – in any part of the core and green/forest area falling within the Shimla planning area.

The NGT order had also said that construction beyond core and green areas will also not be permitted beyond two floors plus attic except in case of public utility buildings such as hospitals and schools. The core area is basically the central part of Shimla city bounded by the circular cart road starting from Victory Tunnel and ending at Victory tunnel via Chhota Shimla and Sanjauli and the area bounded by Mall Road and nearby area.

“This is historic. Things which were never thought about in 40 years will see the light of the day soon. Town would have a GIS-based development plan and deal with several issues, besides providing relief to people of the town. The people who own plots but could not earlier construct for lack of funds and owing to restrictions will now be able to use their land for living. The plan will make Shimla a smart city in true sense and help it cope up with increasing population and tourists. The city is expanding unplanned but this plan will develop it in true terms while balancing ecology. Besides taking care of the needs of the city, Shimla’s planning area was extended to nearby towns. The plan was drafted in a scientific manner under due process of law by hiring a consultant, which properly conducted a survey before drafting it. Thereafter consultation was held with various stakeholders. It is not part of the NGT’s jurisdiction to dwell on the Town and Country Planning Act, under which the plan was prepared,” said TCP and Urban Development Minister Suresh Bhardwaj while talking to Tehelka.

Bhardwaj says the logic behind allowing construction in green areas of the city was simple. There was already construction there and the new plan just allowed the construction of houses for residential purposes on a few vacant plots among already built houses. “Suppose a few people having vacant plots in the city area could not build their houses due to some reason. Is it now justified to not let them build houses? Residents are fully supporting the plan as it provides the much needed momentum of development to their otherwise stagnated city life,” said Bhardwaj. 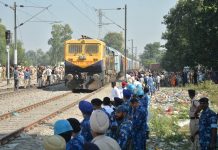 Has the engine of growth derailed?