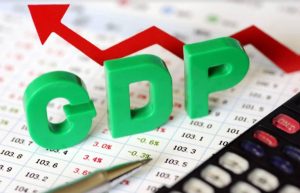 A third of non-government non-financial companies in the services sector are not traceable is the finding of a National Sample Survey Office (NSSO) survey for 2016-17 that has just been released. Since such entities could be shell/fake/bogus companies included in the MCA-21 database of “active” companies used for estimating the gross domestic product (GDP), the new finding could imply that private corporate sector GDP is being currently overestimated, denting the official growth narrative.

Though now contributing over a half of GDP, services sector output estimates are poorer, outside of the public sector and large private sector companies. To redress the shortcoming, the CSO is committed to launching an annual survey of services (on the lines of the ASI). As a first step, the NSSO carried out a survey of non-government and non-financial companies/establishments in 2016-17, using three list frames (or the universes of enterprises) to draw samples for the survey, the MCA sample being the largest. A 10 per cent sample was drawn from the CSO’s universe of 3.5 lakh active non-financial companies. After due screening, at the survey stage, the NSSO, to its shock, found that 45 per cent of the selected companies did not respond to the survey.

The NSSO report says, “About 45 per cent of MCA units were found to be out-of-survey/causality…. Non-response of a large number of units was a major setback for this survey. This happened due to unit non-response, closure of the unit, unit found to be the one other than headquarter, unit out of coverage or unit non-traceable.”

However, the Ministry says that the NSS had taken a sample of 35,456 companies (reference base 2013-14) and visited these corporates. The companies that were not working in the services sector, based on their CIN were excluded from the scope of study and categorised as “out of survey”. This does not imply that these corporates did not exist.

To its dismay, the NSSO found the results to be so poor that it had to abandon the planned output of two-volume survey results, and instead settle for a brief technical report which was released recently. It candidly admitted the difficulties the NSSO faced in the survey: “Many units, particularly of the MCA list, were not identifiable due to lack of proper/adequate postal addresses. Therefore, many notices could not be delivered. A large number of out-of-coverage units was also found in the list. Affixing signatures on Schedule 2.35 for out-of-coverage units was time-consuming and difficult as owners were reluctant to sign. In many cases, it was found that the selected enterprises had not prepared the Annual Audit Report for 2015-16 or the balance sheets any time before.”

The inference could be that such companies are likely to be shell/fake/spurious entities that remain legally registered (but merely on paper), without actually producing goods and services. What does this imply for GDP estimation? Apparently, quite a lot since they are part of the universe of active companies for which GDP is estimated. Though it may not be possible to show how much difference it would make to the GDP level and growth rate (in the absence of more information), the survey findings could bring down the growth estimates.

However, those knowledgeable have dismissed such an apprehension on two counts: one, shell companies add value to the economy, hence their deletion would underestimate GDP; two, as all active companies are said to submit their audited accounts at least once in three years, the contribution of shell companies is well captured in the MCA database.

Both arguments seem questionable. Shell companies, by definition, do not produce goods and services; they help the promoter/owner to hide profits or evade taxes/regulation. A dictionary meaning of a shell company is “a company existing as a legal entity but having no significant assets, independent business operations, etc., often owned or controlled by another company and used for various, often illegal purposes”.

The argument that all active companies under the MCA have filed statutory returns at least once during the last three years is a bureaucratic fiction. If it were true, there would be at least one year for which there would exist data for seven-eight lakh companies, which has never been the case. In reality for most years data are available for around three lakh active companies, estimates for which are inflated (or multiplied) for the (fictitious) universe of about 10 lakh active companies. As the database is not made public and the methodological details are not adequately revealed, there is no way of verifying the veracity of the official estimates — an issue critics have flagged since 2015.

If the share of shell/fake/bogus companies in the universe of active companies in the MCA-21 database is as high as what is found in the NSSO’s services sector survey, then GDP estimates based on a more realistic list of working companies are likely to be smaller. Hence this could affect the corporate sector’s GDP level and its growth rate.

In sum, the NSSO’s survey of active companies in the services sector discovered that 45 per cent of them could not be traced or misclassified; hence they could represent or be shell/fake/bogus companies. The finding throws into sharp relief the poor quality of the MCA-21 data set, which has formed the backbone of the new GDP series. The NSSO survey results have added more questions about the beleaguered GDP series, strengthening doubts that have arisen from various aspects of the revision process. As a first step towards dispelling the growing distrust in the new GDP series, the government should put up the MCA-21 data for public scrutiny and lift the opacity of the methodology used in estimating corporate sector output.

It may be recalled that in the 2004-05 series of National Accounts, the RBI sample study of 2500 companies was being used to prepare estimate of Gross Value Added, savings etc. for the Private Corporate Sector (PCS). The Paid-Up-Capital (PUC) of this sample was used for scaling-up for the PUC of all companies for the activity. This methodology had limitations, which were duly considered by the Advisory Committee on National Accounts Statistics (ACNAS) while revising the Base Year of National Accounts to 2011-12. A Sub-Committee, constituted under the ACNAS, recommended the use of MCA-21 corporate database.

Accordingly, it was decided to use a PUC-based scientific blowing-up of the available companies’ results to arrive at the overall estimates and be used at all stages after the 1st revised estimates stage. This approach duly accounted for the companies that were active and may not have filed their returns at the time of release of National Accounts estimates. Such scaling-up, using appropriate sampling techniques, is a standard estimation procedure in all sample surveys.

The Ministry had decided to undertake an Annual Survey of Services Sector from 2019-20, to study their spatial and temporal characteristics for use in National Accounts estimates. As a prelude, the 74th NSS Round was conducted during July 2016-June 2017, using list frame of establishments/enterprises from multiple sources. In this round, NSS had selected 35,456 companies from the 3,49,500 service sector companies from MCA frame/database referenced in 2013-14.From the key findings of the Technical Report of NSS 74th round survey, it emerged that 16.4 per cent of the companies registered with MCA were non-traceable or closed and 21.4 per cent misclassified on the ground. 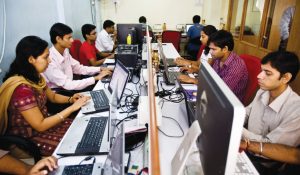 As has been brought out on earlier occasions, the results of any survey needs to be appreciated in the context with which it was undertaken. The objective of the 74th Round survey was to study the characteristics of the units engaged in the service sector, so as to evolve robust rates and ratios with regard to the output and input of various services. It may also be appreciated that when a corporate gets registered under the Ministry of Corporate Affairs (MCA-21), it receives a Corporate Identification Number (CIN) which has its broad economic activity embedded in the CIN based on the National Industrial Classification (NIC) code.

Thus, a corporate may have a CIN based on the NIC code at the time of registration, but may actually be carrying out an economic activity with a different NIC Code. Very few corporates make efforts to have their CIN updated with the latest NIC Code and this may lead to cases of mismatch of economic activity in the field vis-à-vis the NIC Code embedded in the CIN. In addition, several corporates cease to operate and the Ministry of Corporate Affairs has been undertaking a weeding out exercise. n the last few years, nearly 6.3 lakh entities have been de-registered.

The NSS Technical Report of the 74th NSS Round needs to be understood in this backdrop. The NSS had taken a sample of 35,456 companies (reference base 2013-14) and visited these corporates. The companies that were not working in the services sector, based on their CIN were excluded from the scope of study and categorised as “out of survey”. This does not imply that these corporates did not exist.

As the key findings of the 74th NSS Round is to be used as a basis for further work, an exercise was undertaken in collaboration with the Ministry of Corporate Affairs on the status of filings of the 35,456 corporates included in the sample.  It may be seen from above, from the 35,456 companies included in the 74th Round, around 34,834 (86.5 per cent) companies had filed their returns in the MCA database and only 622 were untraceable in MCA, perhaps due to change of CIN etc. In the context of GVA estimation in respect of private corporate sector (PCS), out of the 4,235 units categorised as not traceable at the given address in the 74th Round, around 3,154units had actually filed returns on-line on the MCA portal.

Similarly, out of the 7,573 companies categorised out-of-coverage (i.e. not engaged in production of any service), 6,767 had filed returns on-line. From the 2,428 companies categorised as casualty (i.e. which did not supply information when approached by NSS surveyors), 1,854 companies had filed returns on-line. Interestingly, out of the 19,317 companies actually surveyed in 74th Round, returns had been filed by 17,668 (91.5 per cent) companies.

It may thus be noted that the filing of returns by corporates with MCA is a continuous process. For the purposes of National Accounts Estimates, the returns actually filed by the corporates under MCA is duly taken into account and the scaling up factor for the Paid-Up-Capital for the non-response is low. The key findings of this NSS survey gives a better insight on the challenges that will be faced when the Annual Survey of Services Sector is launched and assist in designing strategies to address them and improve quality. It is, however, reiterated that the findings of the NSS 74th Round survey will have insignificant impact on the National Accounts estimates.

Hiteshi is an independent journalist turned author and a political commentator. The news expressed are his own