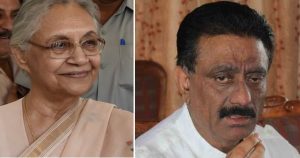 Maken congratulated Dikshit on being appointed as president of Delhi Congress.

He said, “Congratulations and well wishes to Sheila Dikshit on being appointed as president of Delhi Congress. I had the opportunity to work and learn under her as a parliamentary secretary and as a cabinet minister. I believe under her leadership we will play the role of a powerful opposition against Modi+Kejriwal governments.”

“Congratulations to @SheilaDikshit Ji on her appointment as President of @INCDelhi. Delhiites still remember the consistent development that happened during her tenure. I’m sure under her dynamic leadership & guidance, @INCIndia will make a comeback in Delhi! Best wishes to her,” Amarinder tweeted.

In another appointment by Congress, Senior Congress leader Kuldeep Singh Rathore was appointed as the president of the party’s Himachal Pradesh unit, replacing Sukhwinder Singh Sukhu.

Rahul Gandhi cleared his appointment as the party prepares for the upcoming Lok Sabha elections.

Rathore is a member of the All India Congress Committee (AICC) and former general secretary and the chief spokesman of the party’s state unit. 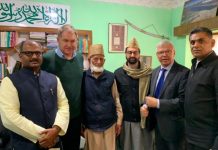