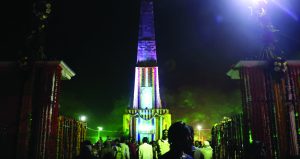 On January 1, 2019, the huge gathering of Dalits was witnessed at Bhima Koregaon — a sleepy hamlet on the Pune-Ahmednagar highway, to celebrate British Era war where a numerically minuscule Dalit contingent of the British Army had inflicted embarrassing defeat on the Peshwa’s mighty infantry. In the backdrop of last year’s violence that had besmirched the face of Devendra Fadnavis government, the administration this year has taken extra care by posting heavy police and paramilitary bandobast to avert similar mishap.

History for some brings glory while on others heaps insults and embarrassment. Dalits of Maharashtra celebrates the victory of 22 Mahar regiment over the upper-caste warrior kings — Peshwas, which was allegedly an eye-sore for upper-caste Hindus. The violence at Bhima Koregaon village is viewed in this perspective by political analysts.

Currently, the investigation to the unpleasant incident at Bhima Koregaon where one died and scores of people were injured, seemed to have reached a dead end as according to Dalit activists, the police is trying to mislead the court by falsely implicating Elgar Parishad members — those who have nothing to do with the violence last year.

The Dalit-dominated village of 5,000 people, post violence, is now equated with Naxalism, thanks to the investigating agencies that are single-mindedly determined to probe on this line. This was manifested by the nationwide raids carried out by the security forces across seven-odd Indian cities last year and prominent activists were held under charges of Maoist activities. In a 5,000 pages chargesheet, the police alleged that Maoist sympathisers were behind Bhima-Koregaon violence. They were charged under sedition and waging war against the Indian state Act of IPC.

The Pune police (Urban) is probing December 31 Elgaar Parishad meet at Pune which was called allegedly by Dalit and Left outfits. The second probe, which is conducted by Pune (Rural) police, is investigating Koregaon Bhima violence on December 31.

On the complaint of one Dalit activist Anita Ravindra Savale, the Pune Rural police had filed an FIR against Samastha Hindutva Aghadi president Milind Ekbote and Shiv Chhatrapati Pratishan founder Sambhaji Bhide, both Hindu hardliners for fanning hatred and violence at Bhima Koregaon. The duo was booked for attempt to murder, unlawful assembly and rioting, among others, and under the Scheduled Caste and Scheduled Tribe Prevention of Atrocities Act. Later, Ekbote was put behind bars.

Ironically, the probe seemed to have reached a dead end as the cops were not eager to arrest Bhide and Ekbote was released on bail for want of evidence. Many consider this as the travesty of justice including Prakash Ambedkar. The pretext for violence was arbitrarily put as the ‘sudden clash’ between two groups — one carrying ‘blue flags’ and another with ‘saffron flags’.  Although, the police assured that the probe into the involvement of Ekbote and Bhide into the said violence is still on. The duo has however categorically rejected the charges. However, Bhide and Ekbote’s were involved in triggering Bhima Koregaon violence as there is no dearth of evidence against them, said Kolse Patil, former justice of Mumbai High Court and Elgaar Parishad’s organiser. There was a probe Commission led by BJP member who in his report mentioned Bhide as the accused. The DIG report also stated the same. Patil further said that linking Elgaar Parishad with violence is a sheer conspiracy. People who gathered at Elgaar Parishad meet were Ambedkarites. And at Bhima Koregaon Ambedkarites were targeted. How could any Ambedkarite group target Ambedkar followers.

Around three months after the Bhima Koregaon violence, in April 2018, the Pune (Urban) police have come out with a ‘Maoist angle’ and conducted nation-wide raids targeting Pune, Mumbai and Delhi. In this connection five arrests were made on June 6: Dalit activist Sudhir Dhawale, lawyer Surendra Gadling, activist Rona Wilson, activist Mahesh Raut and former professor Shoma Sen. Later in September, poet P Varavara Rao, activists Vernon Gonsalves, Arun Ferreira, and trade union leader and civil rights advocate Sudha Bharadwaj and Gautam Navlakha, were incarcerated. They were booked for “provocative speeches” made at the Elgaar Parishad along with “related objectionable programmes” that allegedly fanned violence according to police.Castigating Elgar Parishad  for divisive tendency, the police informed the court that the organisation has put the ‘unity and integrity’ of India at stake. Even the public prosecutor claimed that this conspiracy extends to an assassination plot targeting PM Narendra Modi. Meanwhile, the Dalit activists blamed the cops for gagging freedom of speech.

Rued over the alleged ‘police-highhandedness’ they say that the dragging of the Elgaar Parishad issue was premeditated to shift focus from the violence at Bhima Koregaon, which had incensed Dalit community in the country.

“The two police — Pune Rural and Pune Urban are investigating the violence at Koregaon Bhima. Both are at variance as far as the line of investigation goes. The demand for Bhide’s arrest is put under scanner.

The Commission would scrutiny the causes for failure and reason for not acting while the civil court will hear victims petition. In order to save their skin, the authorities are saying that the government should decide whom to examine and whom not to examine. The Commission should be empowered to decide this. This is a sheer mockery of fair play and justice and so we have asked the government to wind-up the commission.

The government shudders over the approaching state assembly elections possibly in March this year. And there is the greater possibility of the change in regime. We will pitch in for the Commission under new dispensation to examine the authorities those who tried to derail justice.”

According to us, police have no evidence against Elgaar Parishad. The real culprits are being set free and their cases have been withdrawn. Only political opponents and thinkers have been put in jail. If you see an earlier police report, it states that the riots were linked to incitement by Hindutva activist Milind Ekbote and Sambhaji Bhide.There is absolutely no connection between Elgaar Parishad and maoist at all. A police officer had said in a press conference that they didn’t find a connection between Elgar Parishad either with Bhima Koregaon violence or Maoist.